‘Never Back Down’- Decoding Your Fear of Prelims!

Note- This article is written by Abhimanyu Singh (Dark Knight, as many of you know 🙂 ). He has decoded some serious aspects of attitude, mindset and fervor of an aspirant right before the exam. We urge you to go through it as it defines many of You. We thank him and welcome his kindness to share his thoughts through IASbaba. 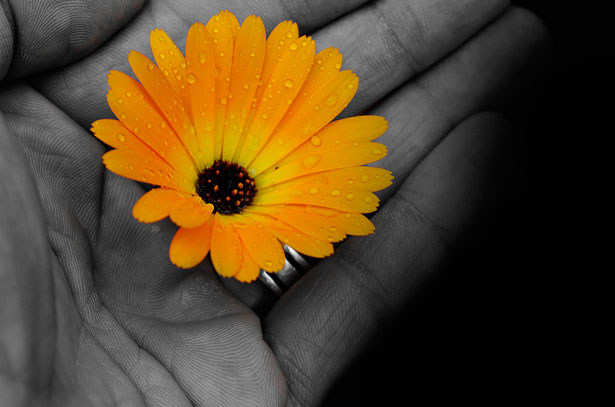 August 23rd, 2015 is just around the corner. ‘August 23’, Does this ring a bell in your mind, ups your heart-beat by few notches? If Yes, then my friend you’re on the right track, even if you are under-prepared/un-prepared et al; Believe me when I say “You’re on Track” How?

Let me quote a short story:

“There was (is) a boy who was to appear in the first board examination of his life, class 10th CBSE; his first exam was of Social Studies(SST), He was a very good student at school but he was nervous, in fact very nervous, so much to an extent that he couldn’t sleep the whole night before exam; this added to the chaos of his mind that how will he do well now? But someone, his auto-wallah(he used to commute in an auto) told him something which was

“See if you’re nervous, it means that you’re on the track because it implies that you’re trying whole heartedly and this is what makes the difference.”

Boy argued “What if I fail?”

“See, success or failure is a fickle creation of our imaginative mind. The effort needs to be good and when it is actually good, you’re bound to succeed”

This may look like words but the boy dedicates his score of 98 to that auto-wallah, even today.

Now, you will say CSE is different, it’s a matter of Life/Death et al. But Friends, “Some goals are so worthy, it’s glorious even to fail”, you’ve already set yourself apart from the mass, you’re a class, How many people in your circle(s) have the audacity to take a plunge as risky as CSE? It takes a lot, a lot to just prepare. I am not going to preach about the result aspect or examination aspect today, you know it better than me.

So, What is the point of writing all this? The point is UPSC CSE is just an examination, it is a means to an end. People may disagree but in my humble opinion, it is true. There is no point in clearing the examination and gloating about it all life-long.  Friends, If you have the ultimate aim to serve people, have a positive impact on the lives of fellow countrymen, make this nation a better place to be in/live in; if this is true in your case then success or failure is not binding upon you. You’ll be much relaxed and perform better than those who constantly are grappled by the fear of not performing.

Take for instance Gaurav Agarwal  Sir, he had his degree extended albeit a semester but he did get it late. He saw failure at a very early stage in life whereas most of us don’t face it at that age. But he made a choice of not being bogged down by failure, rather rising again like a phoenix, trying again and ultimately seeking redemption for the lost.

See, this year’s topper Ms.Ira Singhal Ma’am, in spite of being differently abled, facing so many difficulties in day-to-day life, and clearing CSE and getting IRS, she had to wage a war against the system for so many years yet she continued preparing, striving for more, striving for excellence and ultimately achieving the pinnacle in the PDF.

See, the point is once in a while in life, you will face failure(s)[may be multiple times] but it’s your discretion to lay down after that or try to rise and face the demons inside-out.  Let me quote Rocky for you :

“Let me tell you something you already know. The world ain’t all sunshine and rainbows. It’s a very mean and nasty place and I don’t care how tough you are it will beat you to your knees and keep you there permanently if you let it. You, me, or nobody is gonna hit as hard as life. But it ain’t about how hard ya hit. It’s about how hard you can get hit and keep moving forward. How much you can take and keep moving forward. That’s how winning is done!”

If You actually want to succeed, like real bad; LET GO of it; all of it. GO EASY ON YOURSELF BUT DON’T GO EASY ON PEOPLE AROUND YOU.

“You Know, I believe that true focus lies somewhere between rage and serenity”

Rage in the case of CSE is the anger/frustration/depression/sadness/xyz with oneself, over not meeting the day’s targets/scoring bad in mocks/ annoying friends(GFs/Relatives) or past failures etc.

Achieve a tranquil mind. Study at ease, take of your health, put good food in your stomach, exercise and most importantly the part of which your success depends the most is Stay Happy while Preparing. Don’t stress out on studies rather enjoy it. Remember why you set out on this journey; remember your inner-calling. And while you’re on the ascent of the peak named Mt. CSE, you become something else, you see the transformation in you, People around you might not be as knowledge-able/aware as you’re so please don’t let the knowledge get into your head (Literally you should, Figuratively you shouldn’t :P); Stay Humble, Stay Grounded.

With almost a month remaining for the prelims; some of you might be feeling confident, some under-confident, some might still be reeling under the shock of 4th July, some totally clueless.

I’ve something to say

Diamonds, Fossil Fuels, Mango Trees; they ain’t made overnight. Time & Pressure is the key here and this applies to CSE as well. Use the last one month well, efficiently and be calm like a monk under pressure. AND those who still feel the blues

Show the World that you’re tough. Fight for yourself. Rise and Shine.

Synopsis and Review-Think and Learn [Day 23]