Where is my Right to Despise?

State can impose reasonable restrictions on this exercise if:

Restrictions: Not arbitrary and impairment of freedom must be ‘as little as possible’

Ushered in an era of Revolutions:

To justify suppression of free speech there must be reasonable ground to fear that serious evil will result if free speech is practiced and that the danger apprehended is imminent.

Government: Panel to look into post-66A security concerns as security agencies raised concerns about activities on digital media that threaten national security and are inciting violence. 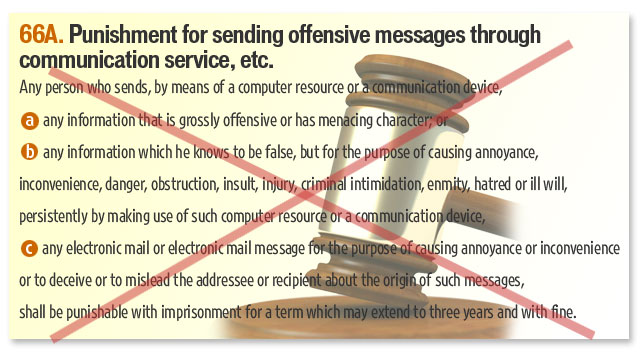