What’s in the name: Got its name from the British representative who negotiated the original dispute over firewood between the local rulers

Location: 96-km estuary- between India and Pakistan, cutting through where Gujarat State and Sindh province meet 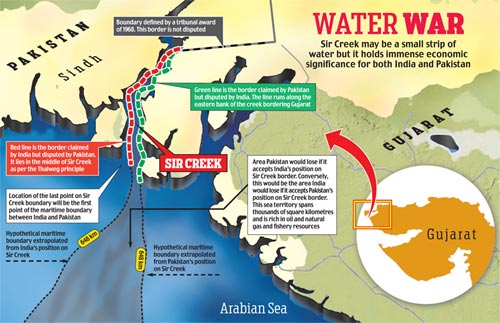 Inability of both the countries to agree on a definite border (fear of losing out on a vast amount of Exclusive Economic Zone (EEZ) rich with gas and mineral deposits, and subsequent breakthroughs)

India- claims that the boundary lies mid-channel, as was depicted in a map in 1925 and implemented with pillars placed to mark the boundary 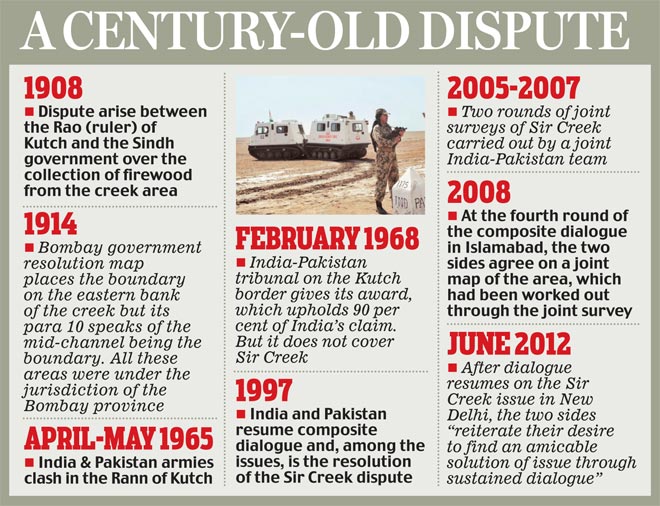 Transaction business by the cartels in the disputed water

They are beyond the reach of both Indian and Pakistani agencies and thus, it becomes easier for them to trade drugs their way (in terms of quantity and frequency)

What can be done to remove agrarian distress?

The common answer is to raise farm incomes.

This can be done in three ways:

Agrarian distress can be mitigated to a large extent by an efficient and competitive agriculture market. Mechanisms like the “deficiency price payment” and price insurance for different sets of crops can protect farmers from market and price risk.

Government has come up with Pradhan MantriFasalBhimaYojana in this regard.

The latest available data from the agriculture census for 2010-11 shows that 47 per cent farm households operate on plots less than an acre, with an average of 2,200 sq metres of agricultural land.

The liberalisation of the existing land lease laws will help both marginal and sub-marginal farmers.

Those who leave farming can have secured ownership and earn rent and those who stay in farming can increase the size of operational holdings and have better access to credit and other facilities.

The estimates of farm income show that income from agriculture alone is not enough to keep more than 50 per cent of farm households out of poverty.

Therefore, they need to be provided alternative sources of employment and income.

A new beginning in Myanmar

An opportunity for peace in Syria

Raja-Mandala: Realism and the Obama Doctrine- The US president sees the world as a messy place not always amenable to the use of American force.

Correcting the road-rail skew- We must make a national goal of reversing the road-to-rail ratio to at least 50:50, if not 30:70, in the next 10 years

The budget and higher education- Increase in enrolment calls for improvement of the quality of education, which is in a dismal state