The biggest benefit from a robust shipping sector will be massive cost-saving:

Need of the hour: focus on the improvement of infrastructure and deployment of technology

To project sea transport as the prime mode of transportation and effectively utilise our 7,517-km coastline we need –

Way ahead: increase port capacity with the help of private companies

Apart from the length of the coastline, 7,500 km, India’s maritime potential also lies in its strategic location on all major shipping highways:

The core logic of the Obama Doctrine being:

(Logistics is the activity of organising the movement, equipment, and accommodation of military forces— forms the backbone of military operations and is considered the first step in any military campaign)

The power of symbolism

A Progressive Logic of Trade- Global trade, unlike yesteryears, has moved to the centre of the US political debate, with opposition to trade deals becoming key plank of presidential campaigns 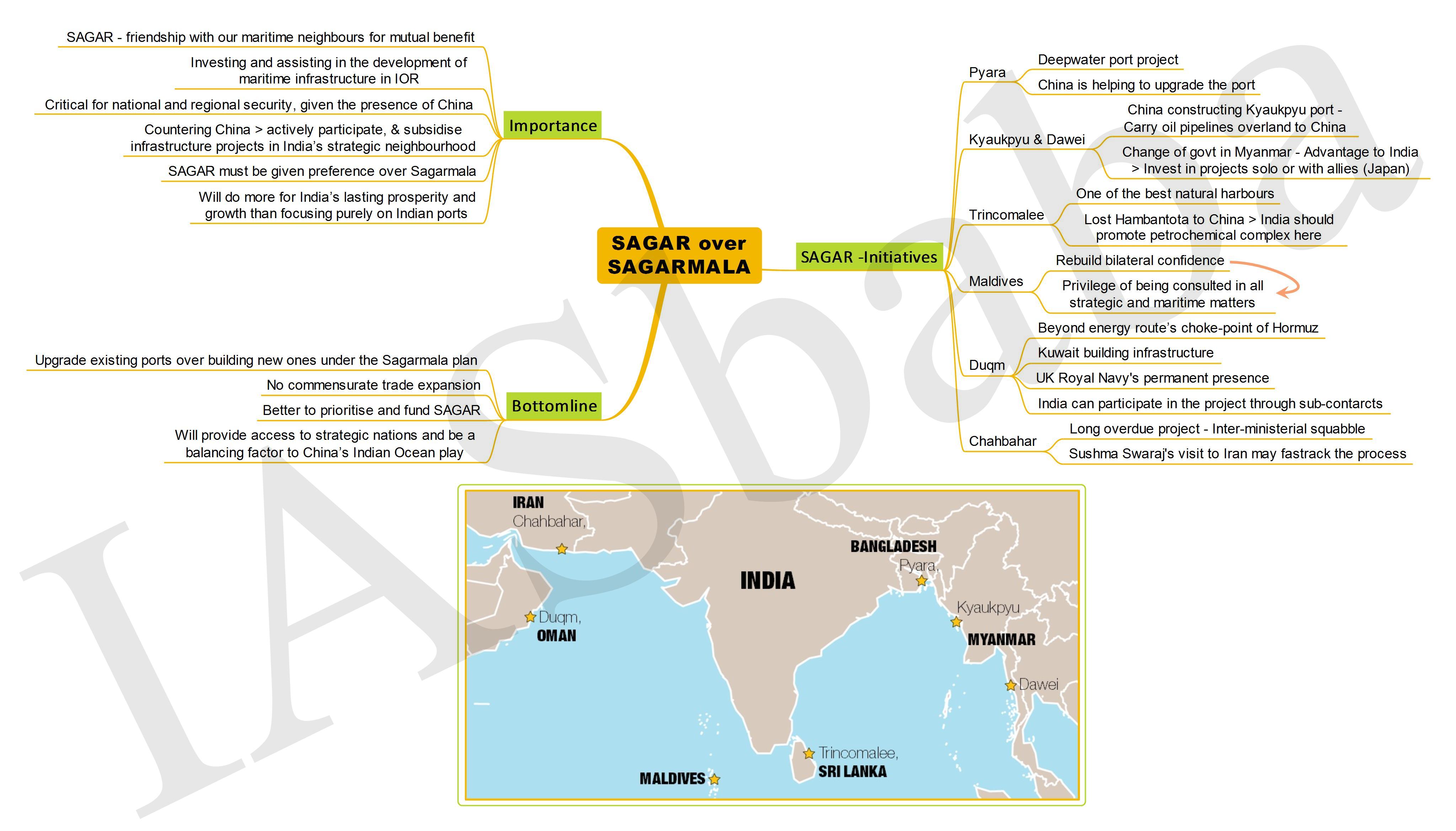 Creative Guidance – The Art of Saying No – Inspirational & Educative Articles