What are panama papers? 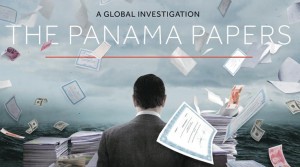 Why the name panama?

Mossack Fonseca, the law firm is based in panama, hence the name panama papers.

Mossack Fonseca provides services like incorporating companies in offshore jurisdictions such as the British Virgin Islands, it also administers offshore firms for a yearly fee and also wealth management.

What do The Panama Papers reveal?

The documents show the myriad ways in which the rich can exploit secretive offshore tax regimes.

Twelve national leaders are among 143 politicians, their families and close associates from around the world known to have been using offshore tax havens.

The papers reveal that

Why float a foreign company, why go all the way to Panama to register it?

The two big draws that offshore entities in jurisdictions such as British Virgin Islands, Bahamas, Seychelles and more specifically Panama, offer are:

Secrecy of information relating to the ultimate beneficiary owner and zero tax on income generated.

What’s the kind of secrecy that the Panama agent offered?

Couldn’t those in the list argue that when they set up these companies, FERA was a draconian law and they had to do this to go around it?

Foreign Exchange Regulation Act severely restricted even current account transactions, forget those on capital account. Since India’s foreign exchange holdings were low or inadequate in the 1980s and 1990s, the law was aimed at preventing an outflow of foreign exchange.

The LRS limit was subsequently increased again in phases and now stands at $250,000 a year. This means, an Indian resident individual can invest $250,000 abroad in buying shares or property or gift or donate to anyone living abroad up to this limit every year.

So what’s the next step once these names are out?

What’s the relevance of The Panama Papers to the black money debate?

Is it really detrimental— No; patents make no sense in the world of software as the underlying platforms for all these areas are patent-safe, open-source software tools.

What is Open Source: software whose source code is available for modification or enhancement by anyone (design being publicly accessible), embracing and celebrating open exchange, collaborative participation, rapid prototyping, transparency, meritocracy, and community development

India: lack of distraction from patents

Lack of clear boundaries in software: Even law-abiding software developers who intend not to violate another’s patent have no clear means of avoiding it and therefore, problem of software patents ends up increasing the cost of software for all of society

For more information on Innovation & Patents refer the below links-

Lessons from the Chinese veto

A Friendly Force- Research on benign effects of bacteria on nutrition has policy implications.

Aadhaar project: Last chance for a welfare state- That’s what the Aadhaar Act is. It was rightly categorised as a money bill and is wrongly expected to double up as a privacy statute

India could be sitting on a gold mine and not know it- Only about 13% of India’s 575,000 square kilometers of land with geological potential has been explored in detail, says Indian Mineral Federation