Walking into an ecological wilderness

Take note of the gap 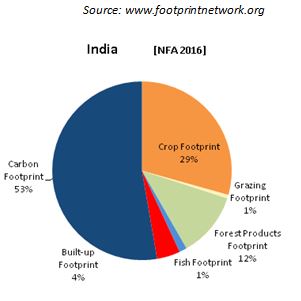 Conclusion- Change is must

NPAs: Banks alone are not to blame

The non-performing assets (NPAs) in the Indian banking system have become a big concern – posing a threat to the stability of the country’s financial system and the economy as such.

This has created heated discussions in the Parliament, media and the financial markets at home and abroad.

Realising the severity of the problem and the ineffectiveness of the Debt Recovery Tribunals (DRTs) or the Securitisation and Reconstruction of Financial Assets and Enforcement of Security Interest (SARFAESI) Act, the Centre now proposes to enact a new debt recovery bill.

NPAs, which started as an issue concerning public sector banks (PSBs) alone, has now engulfed the entire industry. It has led to continued high interest rates, poor investments and low credit off take – thus has threatened the entire economy itself.

Industries and enterprises, however big or small, have become sick, with exceptions such as consumer goods, pharmaceuticals and utilities such as telecom and transport.

Banks alone are not to blame for the mounting NPAs

-have caused distress in the banks’ assets and have played part in the mounting NPAs.

However, the failure of the road, bridge, coal and power projects, accounting for a major chunk of the NPAs can’t be blamed on the world economy. The reasons are homegrown and the governments can’t absolve themselves of their responsibility.

If on one hand, the inadequate and poor risk assessment of the proposals by the banks began increasing the NPAs, while on the other hand, the policies and procedures pursued by governments and their bureaucracies too played a significant role.

The ban in mining projects, delay in environmental related permits affecting power, iron and steel sector, volatility in prices of raw material and the shortage in availability of power have all impacted the performance of the corporate sector. This has affected their ability to pay back loans.

Strict timelines for decisions by various authorities including arbitrators or tribunals should be in place.

The Securitization and Reconstruction of Financial Assets and Enforcement of Security Interest (SARFAESI) Act, 2002

Recovery of Debts Due to Banks and Financial Institutions (DRT) Act, 1993

Government has advised the public sector banks to utilize this mechanism to its fullest potential for recovery in Non-performing Assets (NPAs) cases.

It is hoped that the policy and legislative initiatives taken by the present government will, to some extent, mitigate the problems. But much depends on the spirit with which bankers, the promoters and the bureaucracy respond to the concerns and bring about the necessary changes in the environment.

Not a full-fledged State

Andhra Pradesh wants Special treatment: Why, and why the Govt isn’t keen

TA, a back-up for the Army

When is a 4% inflation target really 4%?

GST and caveats for the IT and e-commerce sectors