Regular tests are the USP of ILP 2017. It is very important that you condition your brain to solve MCQs correctly under pressure. This test platform will help you develop a habit of taking tests. So by the time you will face your prelims exam, it will be like just another exam for you with minimum stress level 🙂

But we have observed that aspirants shy away from taking tests. There can be several reasons for this:

In order to solve all these issues, this year we are introducing Gamification feature. This will not only make the process fun, but also incentivize your performance. You will feel like taking more and more tests on the platform.

We find that sometimes students can get demotivated and stop taking tests. Hence we have decided to bring some fun into test taking process to keep you motivated.

How the new Test engine works?

A student gets maximum of 3 attempts to pass the test.  The minimum percentage to pass a test is 40%.

A student has to pass an exam to unlock the next exam!

We have designed trophies to make sure the user thoroughly prepares for each test.

If a student successfully gets following score in the First attempt, that is–

If a student gets successfully following score in the Second attempt, (Number of trophies will be reduced by 25% than the previous one), that is-

If a student gets successfully following score in the Third attempt, (Number of trophies will be reduced by 25% than the previous one), that is-

There will be 7 sets (35 Tests) in the Test Series. User has to get a minimum of 200 trophies (on an average 40 trophies in each test ) to go to the next set. If the user cannot get 200 trophies after completing all the tests in current set, he cannot proceed for the next set. He has to contact the administrator to proceed further 🙂

1. Once a User Logs in, this is how the UI would look like- 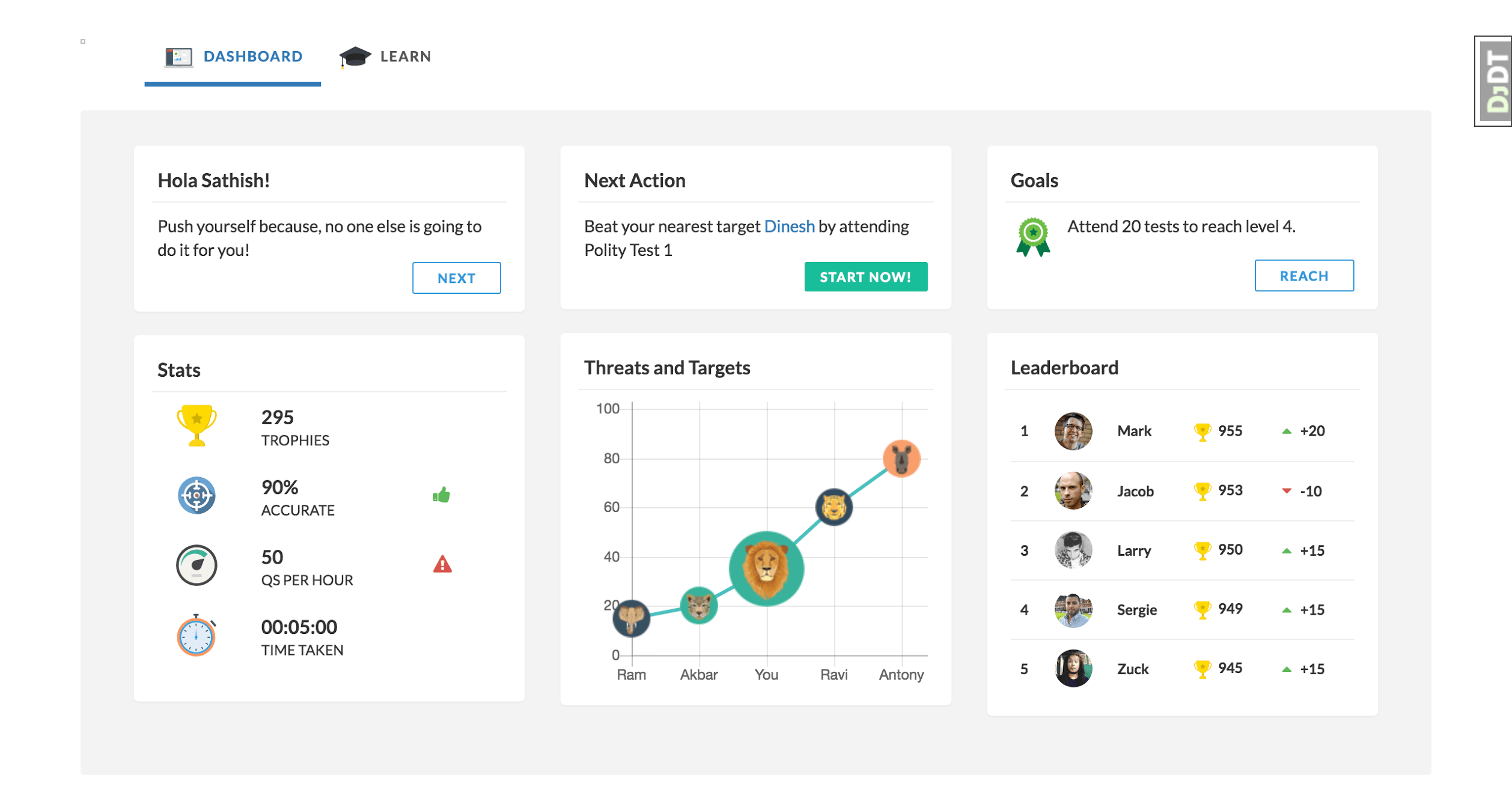 You can find Motivational Quotes in the 1st Block – Hola Satish

Stats in the 2nd Block – No. of Trophies won, Your Accuracy & Speed

On the Leaderboard– you can find the Highest trophy holders in the Course!

2. Once you Click on LEARN (next to Dashboard) – You will find all the SETS (containing Tests) 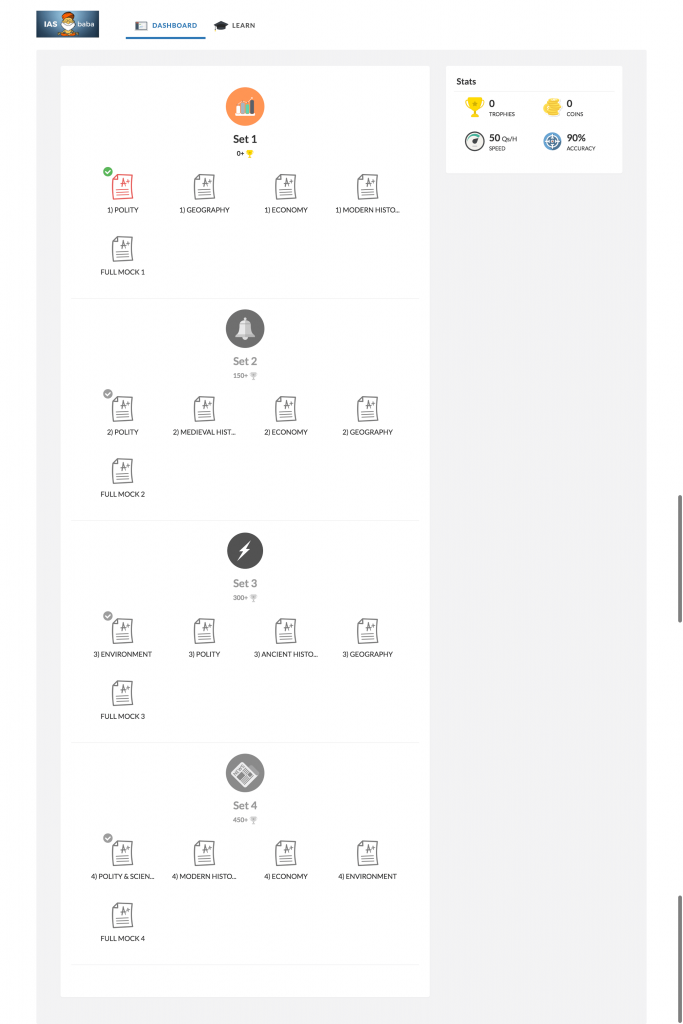 3.  The Test will become Active, as per the Schedule. The 1st Test will be Activated on 31st August, 2016. Once you start the test, this is how the UI would look like- 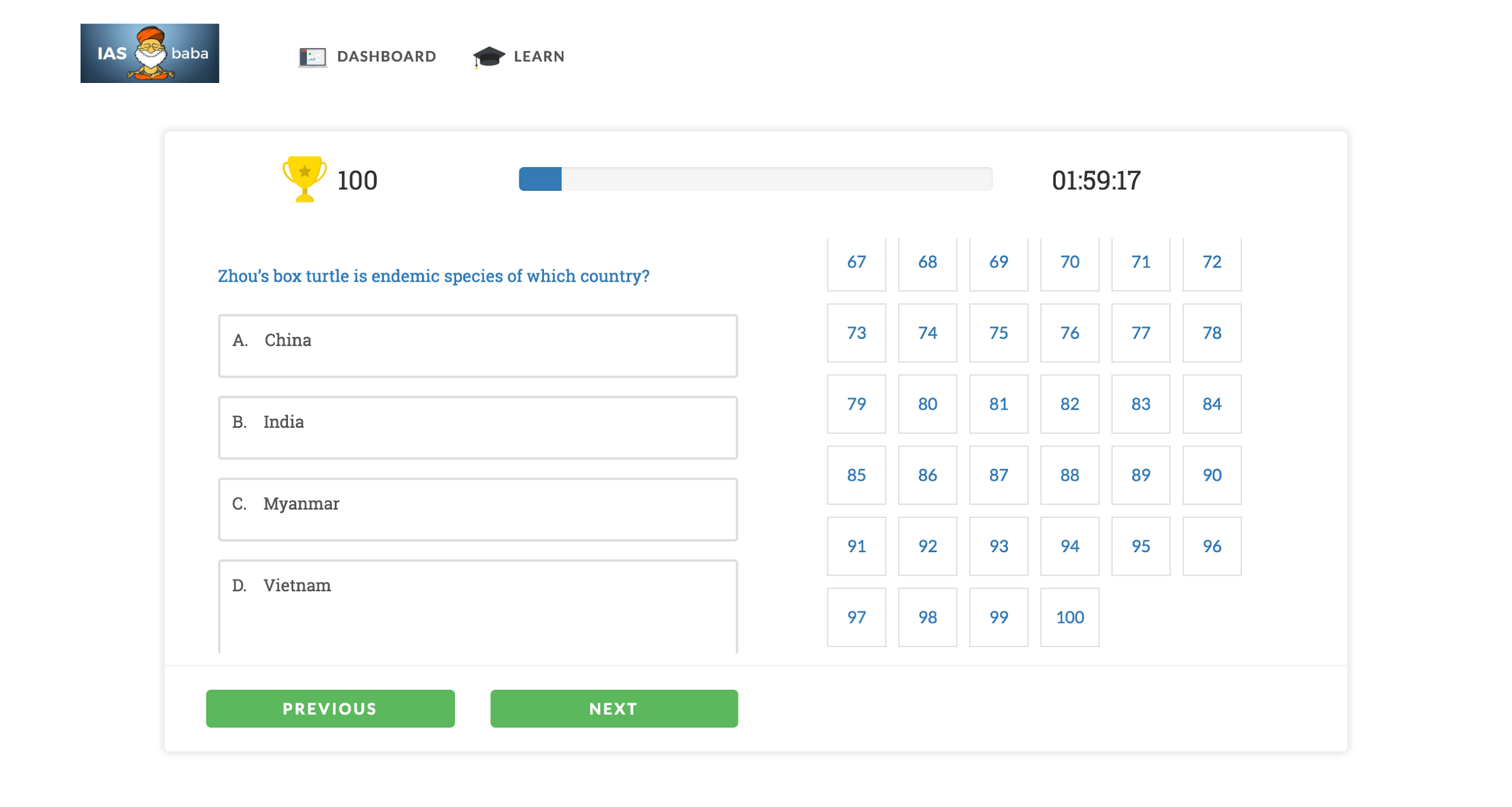 4.  Once the test is completed, you will find the no. of Trophies you have won, Score and other Stats. You can share your scores on Facebook or Twitter, just like Candy Crush or Subway Surfer 🙂 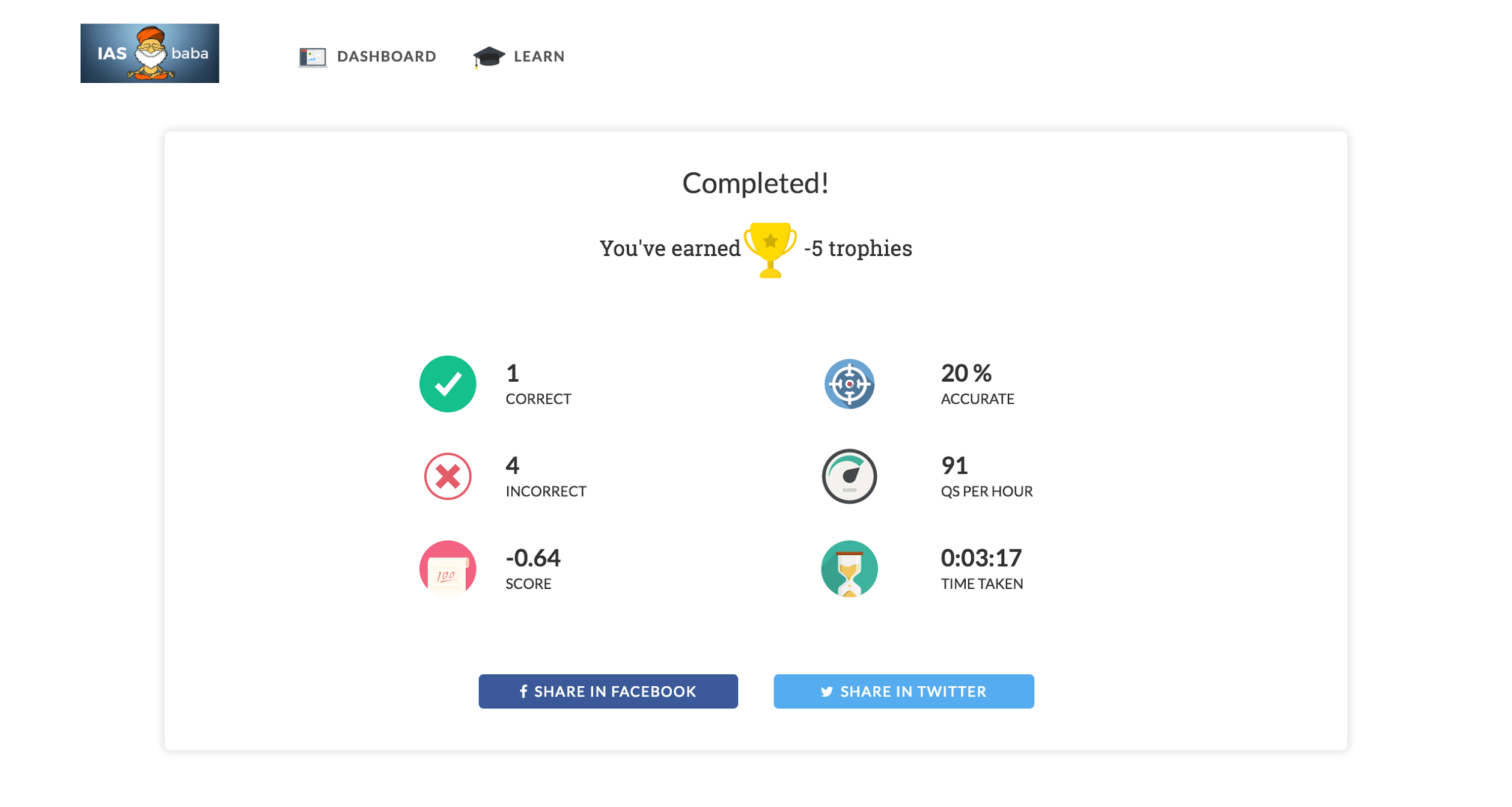 Make the best use of the GAMIFICATION feature.  Don’t cheat to win more trophies. Trophies will not help you in clearing the Exam, but Hardwork and Honesty will !

“Accountability to self is the only way for success”

So take the Tests sincerely and give your Best shot 🙂