Tsunami is  harbor wave which consists of a series of seismic waves which rise as high as 10m or more. They move inland, several hundred miles causing untold disaster.

2.Volcanic eruptions-80% happen within Pacific ocean’s “Ring of fire” where earthquakes and volcanoes are common. Volcanic eruptions can cause discharge of large amounts not energy in a small amount of time, this energy is in turn imparted to the water which causes tsunami.

3.Landslides: under ocean landslides can cause disequilibrium in the ocean water, which will move towards the shore as tsunami to regain isostasy.

4.Meteorites and nuclear explosions: both of them can use release of huge amounts of energy in a few seconds, which will cause the displacement of water.

Tsunami means harbor waves which consists of a series of waves which rise as high as 10m or more. They move inland, several hundred miles causing untold disaster.

Tsunamis can be caused by a number of factors

Ocean floor get displaced which creates a gap that is filled with huge mass of ocean water. When this water rushes back towards the coastline, the displaced water forms a wave. As the wave travels and enters shallower water in the coastal area, it begins to increase in amplitude causing Tsunami. Eg: 2004 Tsunami

Landslides are similar to volcanoes that avalanche into the sea. They occur in the water and are often triggered by earthquakes.

Land-based volcano can break down and collapse, forcing large amounts of ash and debris into the water which causes displacement of the water column resulting in waves.
Tsunamis can also be induced by submarine volcanoes.

5) a large meteor impact at sea.

Effects of tsunami on the coastal regions are:

2)Sewage and Solid Waste Debris due to accumulation of water

3)Contamination of soil and water

5)Nutrification of Coastal Waters:By accumulation of minerals from the sea

6)Impact to Biological Communities and Species due to above factors

However with the help of early warning systems, preventive strategies, effective and efficient coordination, the losses can be reduced to a great extent.

2. What do you understand by the term ‘geomagnetism’? What causes the earth to behave as a magnet? Has earth’s magnetic field changed in it’s geological past? Discuss its implications.

The earth acts as a giant bar magnet with its magnetic field range up to 60,000km. This phenomenon is called ‘Geo-magnetism’. The magnetic north pole lies near the geographic South Pole and vice-versa.

The earth contains a liquid lower mantle and outer core, with a solid metallic inner core. Due to extreme heat and pressure, the liquid metals, mainly Nickel and iron, are in ionic/charged plasma form. This molten metal is in constant motion due to convectional currents. Because of this constant motion of charge around a metallic centre, a very strong magnetic field is generated. The earth acts like a large solenoid. Magnetic field is also affected by rotation of the earth, ionosphere, and on local scale by large transformers, trains and aircrafts etc.

The magnetic field keeps on changing with time, and the poles get shifted. Since conventional currents do not follow the same path, the fields generated by them keep changing. This is evident by the study of fossils and paleo-magnetism (the alignment of dipole in rocks due to magnetic field.). It has also been found that magnetic poles completely reversed several times in geological history. But these changes are not sudden.

(More points can be added).

Geomagnetism is a phenomena associated with the Earth’s Magnetic Field. The fundamental principle lies in the fact that the earth behaves like a huge magnet with its magnetic north and south poles coinciding with the geographic south and north poles respectively. It has helped in revealing much about how the earth works.
Until recently, the causes for the existence of magnetic field were debated. It is now believed that the following 4 reasons are responsible-

Various studies show that the Earths magnetic field has not remained constant. In fact it has completely reversed its polarity 24 times in past 5 million years. Implications of such changes:
– In the short term the Magnetic south is shifting closer to the Geographical North. This means more accuracy when it comes to compasses.

– At a smaller scale, navigation may be disrupted due to formation of local north and south poles.

– Disruptions in communication with satellites

– Formation of Aurora B.

-The Van Allen belts are also formed due to the geomagnetism properties. Weak field can hamper them and solar flare can punch holes through the atmosphere, harming the humans
-Disorient species that rely on geomagnetism eg bees, turtles, whales and pigeons.
The changes in the Magnetic field are very minuscule to impact the earth in a very big way.

3. Last year few soldiers died in an avalanche in the Siachen glacier. What is an avalanche? How an avalanche is triggered? Identify the regions in the world that are prone to this geophysical phenomenon.

The word avalanche is derived from the French word “avalance” meaning descent. An avalanche is a mass of snow, often mixed with ice and debris which travels down mountain sides, destroying all in its path

Anthropogenic :
1. movement of skiers, animals , snowmobiles, trekkers ,notice from heavy machinery.
2. explosions done on or near the snow surface for construction purposes
3. Wars,military exercises and explosions. 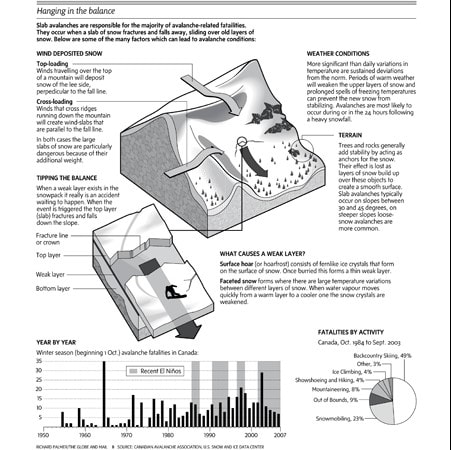 Regions of the world:

Alpine  mountain ranges across the world are prone to avalanches like: Himalayas of India, Alps of Europe, Andes mountains of South America, Rockies and Appalachian mountains of North America.

An Avalanche is a rapid mass-movement of snow/debris down the mountain slope.
Though mostly considered a natural phenomenon the avalanche-trigger causes can be both natural and anthropogenic.

One imp trigger is tectonically active zones that cause internal movements leading to instability of the snow-pack.

All higher mountainous snow covered regions of the world- Himalayan belt(Eurasian and Indo-Australian plate colliding ), the Alps of Europe, Rockies of North-America, Andes, Antarctica etc are Avalanche prone regions of the world as they have the required conditions of snow mountains availability and other natural/anthropogenic factors at play that become the trigger.

Many lives are lost each year to such catastrophic events. To avoid there is need to map the regions continuously, avoiding excessive human activity in fragile frozen tectonic zones, equipment to read avalanche signs in time and awareness among people in face of such condition

4. What was the genesis of the Armed Forces Special Powers Act (AFSPA)? Has it been successful in achieving the ends it was meant for? Also, is it high time that we revisit the need of this act keeping in mind the recent unrest and discontent it has brought in certain parts of the country? Critically analyse.

Part I: Genesis of AFSPA

Note: (Disturbed areas and secessionist/separatist movements should be definitely written, unity and security)

Part II: Has it been successful in achieving the ends it was meant for

Since question asks critically analyze, provide both the views and end it with balanced approach. It is wise to provide some inclination towards partial success.

Provide justification with examples for both the view

(Some additional points could be added)

Part III: Is it high time to revisit the need of this act

Reactions to the revisit the need for AFSPA have been mixed. So again provide both views and conclude.

AFSPA has a colonial root when it was applied in 1942 to suppress the Quit India Movement. Post independence, this was enacted to fulfill the purposes of maintaining the integrity of india as well as to curb the insurgencies and maintain law and order in few parts of our country like the seven sisters, Punjab and Jammu and Kashmir.

Well, it has been successful in curbing the disintegration but when it comes to suppression of insurgencies and law and order problems, the picture seems gloomy.

AFSPA needs to be revisited because of the following factors:-

1) Flawed provision of excess safeguards to personals are manifested in the form of gross human rights violations like rapes, massacre,etc.

2) grounds of declaring “disturbed area” is not defined in the Act.

4) it has not been able to contain insurgency, ex- bodo militancy in Assam, Naga insurgency in Nagaland, etc.

5) human rights violations are used by the insurgents as a weapon to mobilize civilians against the government.

However, AFSPA is a “necessary evil” and we cant repeal it abruptly. This is because, to curb the separatist tendency of these areas and to maintain India’s integrity we need a strong mechanism like AFSPA. So there is a need to change the provisions and make them more humane and rights centric in nature. Meanwhile this will help bridge the differences between State and people and and then gradually the provisions of AFPSA should be merged with those of CrPC which will have the same effect throughout the country.

ASFPA partially successful in its cause as

However ASFPA implementation raised so many questions as

It is high time for Indian leaders and policy makers to think use of ASFPA state wise. Same time army needs a transparent and robust mechanism to ensure stop atrocity army on local civilians. Everlasting solution lies in political dialogue and local area development which should be government priority.

5. What in your opinion is an act of sedition? Do you think section 124-A of the IPC should be revised to ensure minimum safeguards against its misuse by the State? Discuss.

Before answering, identify the demand areas of the question:

Always while answering this type of question, it is important to give justification and proof along with your opinion/views. For instance, in this question: provide recent examples of misuse of the act, provide some SC judgments or cases etc.

It is opined that those acts, which might be through words, either spoken or written or by signs or by visible representation, or otherwise that attempts to create hatred or contempt or excites disaffection towards, the Government established by law can be termed as “seditious”.

Those actions, which may be speech or expression or otherwise, which might provoke unlawful behaviour or violence or public disorder or urge someone to behave unlawfully and attempts to excite disaffection towards the State, can be termed as “seditious”.

But mere advocating revolution, or advocating even violent overthrow of the State, does not amount to sedition, unless there is incitement to violence and public disorder – as stated in Shreya Singhal v. Union of India case.

However, the same law is misused till today and all above flaws in the act has frequently been posing danger to the life and liberty of Indian citizens who speak out against the government, thus impacting the fundamental rights of citizens.

Therefore it is alleged by many that there is an urgent need to repeal this law and section 124-A is unconstitutional. However, the Supreme court upheld the constitutional validity of Sec 124A (in the Kedarnath Singh v. State of Bihar case)  as a necessary law in the interest of the survival of republic and also the law helps to place restriction on the fundamental right of freedom of speech Article 19 (2).

Hence, there is need to review and revise some of the provisions in the section 124-A, especially to ensure minimum safeguards against its misuse by the State and make the law effective, meet its real purpose rather misused.

Recent cases in Bangaluru against Amnesty International, Former MP’s statement on Pakistan, JNU has brought this act in focus calling for ensuring minimum safeguards & even repeal of such outdated law’s utility in 21st century.

124A should be revised because:

124A is not just misused, but is among the factors questioning India’s liberal image in global arena. Government has asked Law Commission to bring a report, which is expected to be tabled soon.