Being a key member of newly formed Coalition for Epidemic Preparedness Innovations (CEPI), India is all set to lead the global fight against epidemics.

India’s role as a leader 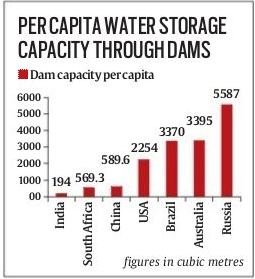 What needs to be developed is a holistic approach at basin level, encompassing credible resettlement policy for displaced people, and also supported by pro-active hydro-diplomacy amongst riparian countries can thus render rich dividends.

No getting away from water scarcity

An office of loss

Next Door Nepal: Neighbours and relatives

Centre and state togetherness for power to reach all

Why is Dalit politics on the boil?

A decentralised approach to water disputes

Tackling the tussle with tuskers