In news: The annual BRICS summit will be hosted by India in October 2016 with the theme “Building Responsive, Inclusive and Collective Solutions”. The BRICS dynamics and the emerging situation of ‘too many cooks spoil the broth’ is being highlighted.

BRICS has been pushing for greater economic growth among the member countries and reform of global financial institutions. Focus will be on “greater people-to-people participation” during the BRICS events like BRICS Film Festival, BRICS Wellness Forum, BRICS Youth Forum and BRICS Friendship Cities Conclave held throughout the year across the country. This is expected to give people a greater opportunity to enrich the BRICS process and BRICS leaders a stronger platform for dialogue.

Let us look at the BRICS dynamics expected to be visible during the 8th BRICS summit.

Too many meetings eroding substance

Thus, BRICS has a responsibility of bringing significant outcomes to help the member countries for positive economic advancement. 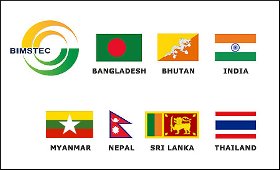 The Solar dispute- India and US

In news:  India suffered a setback in its efforts to build a robust domestic solar industry, as the appellate body (AB) of the World Trade Organization (WTO) upheld an earlier ruling against its domestic content requirements for manufacturing solar cells and modules.

There are two policy goals that India is seeking to achieve:

A combination of these measures will lead to greater self-sufficiency and increased capacity in solar energy production.

India and USA at loggerheads at WTO

CEA panel sows the seeds of a ‘pulses revolution’

Why ditch the non-aligned movement?

No more aligned to ‘Non-Alignment’

The end of non alignment

This is Life, You Haven’t Lost, You Have Experienced Another Chapter of Your Own Biography: A Message From Agam Jain, Rank 133 CSE 2015