Eight BRICS Summits have taken place so far. The 8th BRICS Summit was hosted by India during its Chairmanship in 2016. The earlier Summits were held as under :

Starting essentially with economic issues of mutual interest, the agenda of BRICS meetings has considerably widened over the years to encompass topical global issues.

Regular annual Summits as well as meetings of Leaders on the margins of G20 Summits are held.

During India’s BRICS Chairmanship, we will adopt five-pronged approach:

In short, the Indian approach towards its BRICS Chairmanship could be captured by ‘IIIIC or I4C’.

Outcome of the summit:

CPI is the new inflation indicator

Difference between WPI and CPI

Only CPI apt as an inflation indicator?

A former Chairman of the Prime Minister’s Economic Advisory Council, C. Rangarajan had mentioned that if WPI is behaving same as CPI, there is no additional information. But, if there is a difference, it is not affordable to ignore the behaviour of WPI as it does not reflect only international commodity prices but also domestic conditions. 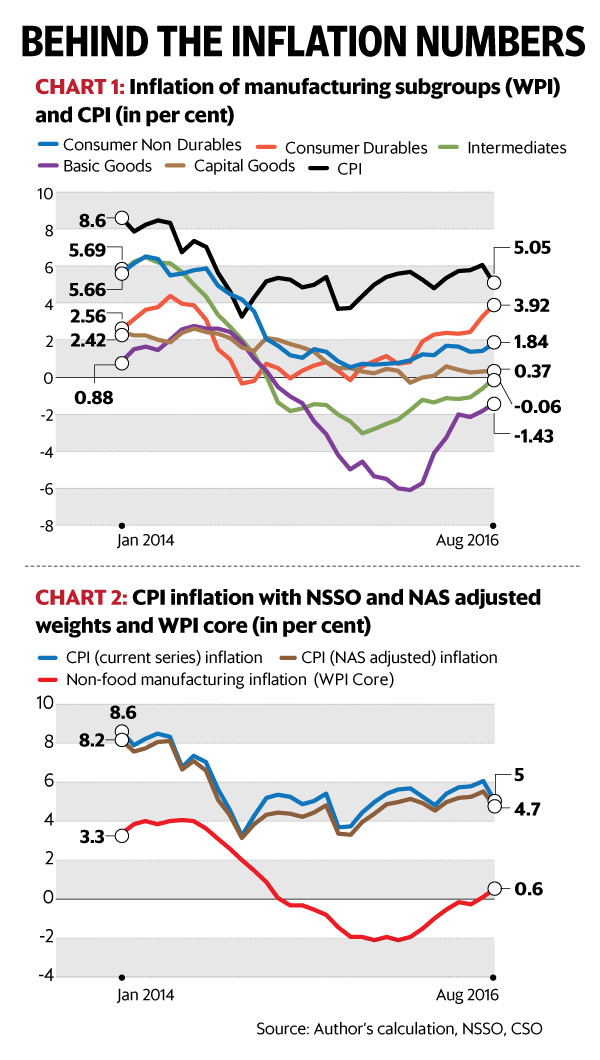 Climate change- An onerous task ahead

Kairana and the politics of exclusion

No one asks the farmer

Clearing up the bad debt mess

1. India requires a ‘port led development’ strategy. Do you agree? Substantiate. Also discuss the significance of developing small ports in this regard.