Note: (In previous DNA article, we had posted that we shall discuss the controversy surrounding Monsanto and patent protection. However we found that the article had very less content relevant to UPSC and hence we have skipped the same. So, no Part II edition of it.)

What is organic farming?

Organic farming system in India is not new and is being followed from ancient time. It is a method of farming system which primarily aimed at cultivating the land and raising crops in such a way, as to keep the soil alive and in good health by use of organic wastes (crop, animal and farm wastes, aquatic wastes) and other biological materials along with beneficial microbes (biofertilizers) to release nutrients to crops for increased sustainable production in an eco friendly pollution free environment.

As per the definition of the United States Department of Agriculture (USDA) study team on organic farming “organic farming is a system which avoids or largely excludes the use of synthetic inputs (such as fertilizers, pesticides, hormones, feed additives etc) and to the maximum extent feasible rely upon crop rotations, crop residues, animal manures, off-farm organic waste, mineral grade rock additives and biological system of nutrient mobilization and plant protection”.

FAO suggested that “Organic agriculture is a unique production management system which promotes and enhances agro-ecosystem health, including biodiversity, biological cycles and soil biological activity, and this is accomplished by using on-farm agronomic, biological and mechanical methods in exclusion of all synthetic off-farm inputs”. 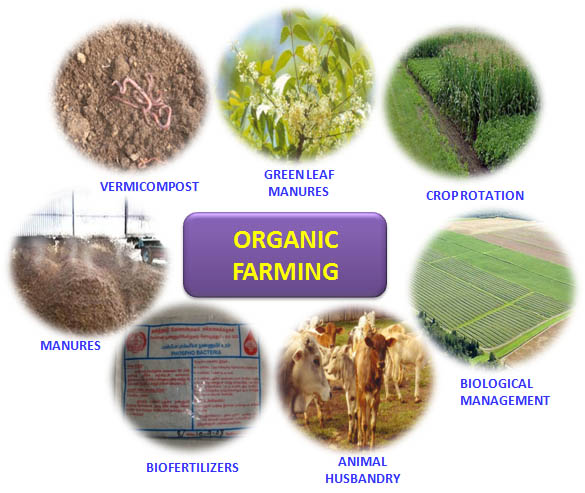 The key characteristics of organic farming include

However, some studies show that the realities on the ground present a stark contrast to this Utopian picture.

Disillusioned farmers today ask a pertinent question: “Of what use is organic farming and its claim of long-term sustainability to them, when they are unable to bring home two square meals a day today?”

Studies have shown that –

Instead of pushing poor farmers to risk it all by taking up organic farming, it is imperative that we strike a middle path to ease this transition period for farmers. We all want a world in which our farmers thrive while taking care of our environment and health. But we must also consider the timing and how we introduce new solutions. Only then can we secure a future devoid of poverty, hunger and malnutrition.

Disease free cities- Is it possible?

In news: With outbreak of Dengue and Chikungunya in National Capital Delhi, it poses a critical question if Indian cities that are plagued by a plethora of communicable diseases of late like dengue, bird flu, typhoid, chikungunya and swine flu will be able to become disease free?

Plague as a blessing

Unearthing the causes and managing the waste

You may refer to Revised Solid Waste Management Rules here.

Smart cities in India: An analysis

To be truly transparent

Clinching the N-deal with Japan

Not simply a vision thing

The battle over Bt cotton

Nearly 69% of jobs in India threatened by automation: World Bank

The climate after Paris

Why do our constitutional debates matter?

The monetary policy committee begins its job on a good note

Striking a chord with workers