Key Points of the Deal 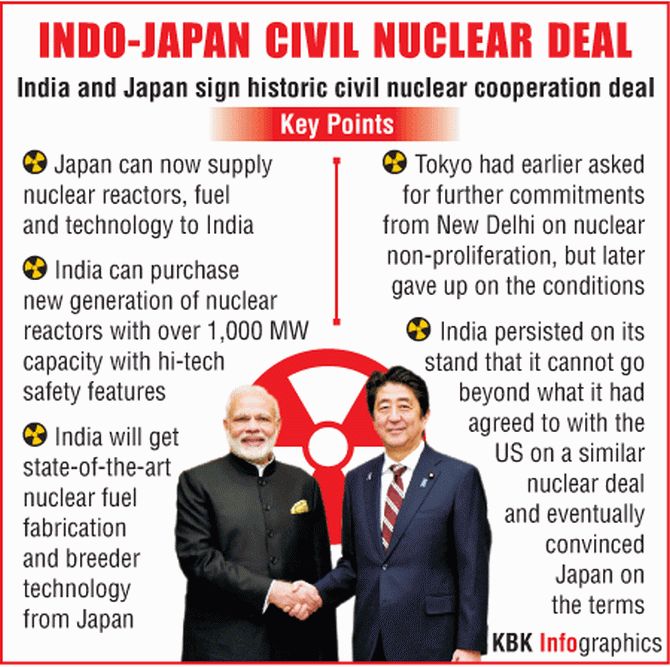 There are still certain hurdles which have to be overcome to ensure that both nations can bear maximum fruits from this deal.

It is important that the agreement goes forward in a smooth manner. With the changing geopolitics around the world this emerging partnership holds a lot of importance.

This deal opens the door for collaboration between the industries of two countries and would bolster bilateral ties. This will also be help in building a clean energy partnership between the two nations.  This partnership will also come handy in tackling the China factor. India and Japan need to be very cautious of the impact on China due to this agreement. China has been preparing to tackle the influence of growing Japan-India ties in Asia by building upon a relationship with Russia and Pakistan.

This deal brings a lot of positives for India which can be used to its advantage in campaigning for the NSG membership. However, the only major question that prevails is how India plans to go ahead with its nuclear testing.

In news: Supreme Court verdict on SYL canal was passed which said that it was unconstitutional for the Punjab state government to terminate a water sharing agreement with other states. 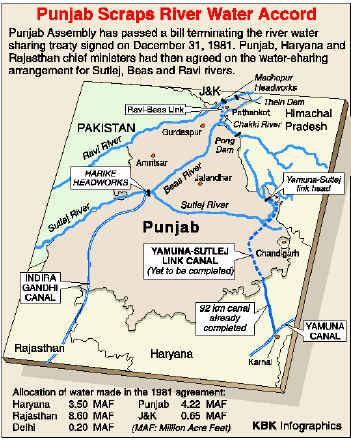 Key developments since the tribunal recommendation

85% of the canal work is already completed in the Satluj Yamuna Link Canal. Just as Haryana can get access to waters of Satluj river, even Punjab can get access to Yamuna waters. The states have to talk, negotiate and decide mutually and not abrogate agreements. It is a fact that India’s experiments with water imports through canals have not always been successful. But in the era of climate change, when India faces drought and flood challenges in same year, it requires the solution to long pending demand of connecting rivers.

The Un-real Estate: The sector that is going to take the biggest hit

Locating India in the world of Donald Trump

Demonetization is a hollow move

Premium on honesty has been restored

The state’s unleashed its ultimate weapon

The dream of a cashless society

1. Recently, the Defense Acquisition Council (DAC) chaired by the Defense Minister gave its approval to the new Defence Procurement Policy (DPP). What are the major changes and can they give an impetus to indigenization? Critically analyse.