Potential at Pacific: India and Indonesia

India and Indonesia engaged in a bilateral talk at the sidelines of 9th East Asia Summit in Myanmar in 2014. After the wait of two years, visit of new Indonesian President Joko Widodo to India reflects the lack of priority attached to the India-Indonesia relationship so far. 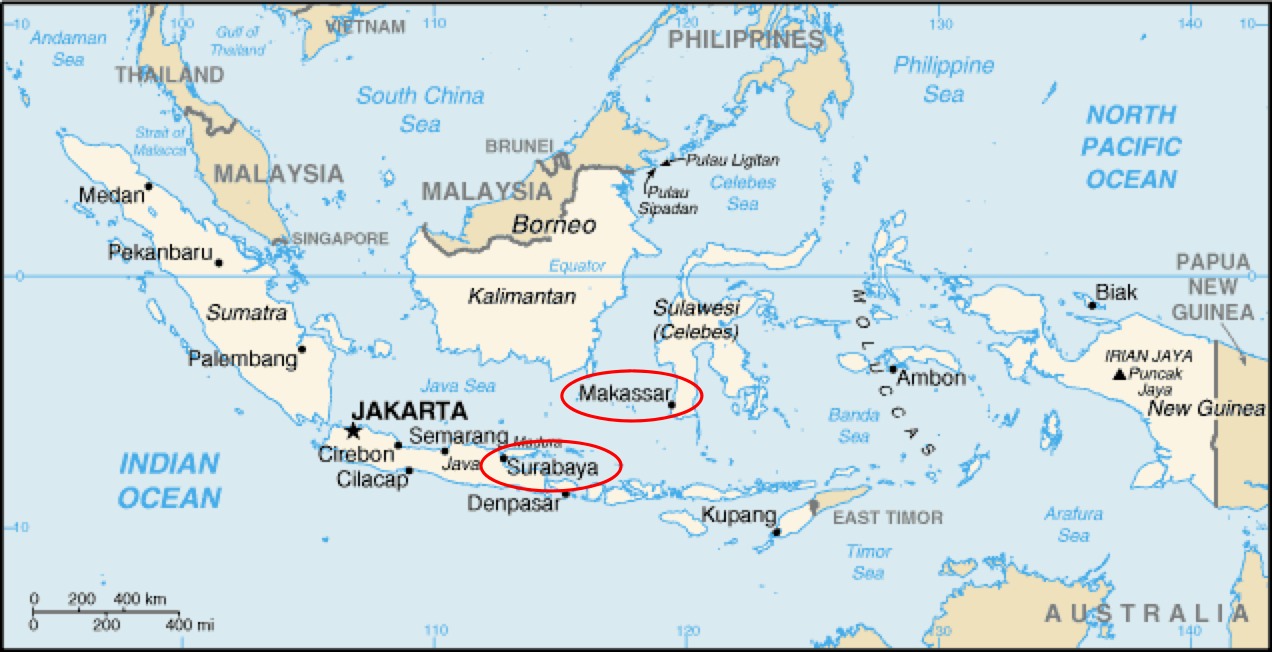 Geopolitics at the Pacific

Both the leaders have to look forward to provide the much needed thrust into the bilateral relations so that a truly strategic relationship between both the countries is realised and developed.

On October 21, US and Europe witnessed attacks from hackers when large chunks of the internet were made inoperable. Computers and servers were flooded with artificially created traffic which resulted in “Denial of Service” of many applications.

The attackers hacked and took control of an estimated 100,000 low-end devices that can autonomously access the internet and consequentially paralyse the internet.

This event was a chilling demonstration of the new vulnerabilities that attend the astounding growth of the Internet of Things (IoT). Technology, and the exploding range of services it enables, has consistently outpaced our understanding of the internet’s evolution and the systems designed to protect it.

Last month, people in India woke up to the news about the largest data breach in the country. It involved data stolen from 3.2 million debit cards between 25 May and 10 July from a network of bank ATMs, managed by a Japanese payment services company.

After demonetisation, the Government of India is pushing for digital transactions. As India goes digital, experts must recognise the huge threat to the internet from hackers using armies of ‘bots’.

Though the Ministry of Electronics and Information Technology (MEITY) has issued guidelines and policies, the implementation has been poor. Incident reporting and handling, having a complete information security management system in place, developing business continuity plans, and threat modeling are a few important steps that banks need to take immediately.

How have cyber threats evolved over the years?

What measures need to be taken to strengthen the existing security system?

How far the existing infrastructure to prevent cyberattacks in India as compared to developed countries? Where are we lacking?

The challenge is what can be done about this. Long-term solutions will require immediate operational actions and practices with longer-range initiatives, some policy driven. These will require shared responsibilities across a spectrum of players, from individuals to institutional and corporate entities and various agencies of the government.

The root cause is the vulnerability of devices where security has not been addressed as part of the original design, or indeed, provisions do exist but these processes have not been followed at the time of activation. It is critical that standards for device security must exist and compliance must be required for sale and operation.

The most effective move would be to embrace the standards and protocols being adopted by technologically advanced economies of the West that have dramatically higher stakes and are developing safeguards. That will position India well for the future as its own reliance on the internet rises steeply.

But even that would be a partial solution since hundreds of millions of vulnerable devices are already out there globally — the IoT is not waiting to happen. An important step should be to assess the risk from all exposed devices and take actions to contain this. In some cases, the fix might be simple; replace default passwords by strong, unique passwords. But when security considerations are not well addressed, the only sensible action would be to either disable autonomous access or remove the devices altogether.

Urgent action is an imperative — otherwise, we risk becoming collective victims of cyber-attacks or unwitting accomplices to these incidents, potentially with large-scale and serious consequences. At a national level, more is needed.

Cyber security is a complex topic that requires a range of coordinated, dynamically adaptive actions where responsibilities span from individuals and organisations to national governments. The stakes are enormous. Cyber security is already a rapidly evolving frontier of vulnerability and threat. The option to do nothing does not exist.

Not a tragedy, but the remedy

The essence of education

The challenge of automata