b) Why should impartiality and non-pertisanship be considered as foundational values in public services, especially in the present day socio-political context? Illustrate your answer with examples. (150 words) 10

b) Discuss the Public Services Code as recommended by the 2ndAdministrative Refroms Commission. (150 words) 10

b) How could social influence and persuasion contribute to the success of Swachh Bharat Abhiyan? (150 word). 10

Q.5) Law and ethics are considered to be the two tools for controlling human conduct so as to make it conducive to civilized social existence.

a) Discuss how they achieve this objective.

b) Giving examples, show how the two differ in their approaches. (150 words) 10

Q.6) Our attitudes towards life, work, other people and society are generally shaped unconsciously by the family and the social surroundings in which we grow  up. Some of these unconsciously acquired attitudes and values are often undesirable in the citizens of a modern democratic and egalitarian society.

a) Discuss such undesirable values prevalent in Today’s educated Indians.

b) How can such undesirable attitudes be changed and socio-ethical values considered necessary in public services be cultivated in the aspiring and serving civil servants? (150 words)  10

Q.7) Anger is a harmful negative emotion. It is injurious to both personal life and work life.

a) Discuss how it leads to negative emotions and undesirable behaviors.

Q.8) “Max Webar said that it is not wise to apply to public administration the sort of moral and ethical norms we apply to matters of personal conscience. It is important to realize that the state bureaucracy might possess its own independent bureaucratic morality.” Critically analyse this statement. (150 words)   10

Q.9) A fresh engineering graduate gets a job in a prestigious chemical industry. She likes the work. The salary is also good. However, after  a few months she accidentally discovers that a highly toxic waste is being secretly discharged into a river nearby. This is causing health problems to the villagers downstream who depend on the river for their water needs. She is perturbed and mentions her concern to her colleagues who have been with the company for longer periods. They  advise her tokeep quite as anyone who mentions the topic is summarily dismissed.  She cannot risk losingher job as she is the sole bread-winner for her family and has to support her ailing parents and siblings. At first,  she thinks that if her seniors are keeping quiet, why should she stick out her neck. But her conscience pricks her to do something to save the river and the people who depend upon it.  At heart she feels that the advice of silence given by her frinds is not correct though she cannot give reasons for it. She thinks you are a wise person and seeks your advice.

a) What arguments can you advance to show her that keeping quiet is not morally right?

Q.10) Land needed for mining, dams and other large-scale projects is acquired mostly from Adivasis, hill dwellers and rural communities. The displaced persons are paid monetary compensation as per the legal provisions. However, the payment is often tardy. In any case, hit cannot sustain the displaced families for long. These  people do not possess marketable skills to engage in some other accusation. They end up as low paid migrant laborers. Moreover, their development go to industries, industrialists and urban communities whereas the costs are passed on to these poor helpless people. This unjust distribution of costs and benefits is unethical.

Suppose you have been entrusted with the task of drafting a better compensation-cum-rehabilitation policy for such displaced persons, how would  you approach the problem and what would be the main elements of your suggested policy? (250 words)  20

Q.11) Suppose you are an officer in-charge of implementing a social service scheme to provide support to old and destitute women. An old and  illiterate woman comes to you to avail the benefits of the scheme. However, she has no documents to show that she fulfils the eligibility criteria. But  after meeting her and listening to her you feel that she certainly needs support. Your enquiries also show that she is really destitute and living in a pitiable condition.  You are in a dilemma as to what to do. Putting her under the scheme without necessary documents  would clearly be violation of rules. But denying her the support would be cruel and inhuman.

a) Can you think of a rational way to resolve this dilemma?

Q.12) You are a young, aspiring and sincere employee in a Government office working as an assistant to the director of your department. Since you have joined recently, you need to lean and  progress. Luckily your superior is very kind and ready to train you for your job. He is a very intelligent and well-informed person having knowledge of various departments. In short, you respect your boss and are looking forward to lean a lot from him.

Since you have good tuning with the boss, he started depending on you. One day due to ill health he invited you at his place for finishing some urgent work.

You reached his house and before you could ring the bell you heard shouting noises.  You waited for a while. After entering the house the boss greeted you and explained the work. But you were constantly disturbed by the crying of a woman.  At last, you inquired with the boss but his answer did not satisfy you.

Next day, you were compelled to inquire further in the office and found out that his behavior is very bad at home with his wife. He also beats up bit wife. His wife is not well educated and is a simple woman in comparison to her husband. you see that though your boss is a nice person in the office, he is engaged in domestic violence at home.

In such a situation, you are left with the following options. Analyse each option with its consequences.

a) just ignore thinking about it because it is their personal matter.

b) Repost the case to the appropriate authority.

Q.13) ABC Ltd. Is a large transnational company having diversified business activities with a huge shareholder base. The company is continuously expanding the generating employment. The company, in its expansion and diversification programme, decides to establish a new plant at Vikaspuri, an area which is underdeveloped. The new plant is designed to use energy efficient  technology that will help the company to save production cost by 20%.  The company’s decision goes well with the Government policy of attracting investment to develop such underdeveloped regions. The government has also announced tax holiday for five years for the companies that invest in underdeveloped areas. However, the new plant may bring chaos for the inhabitants of Vikaspuri region, which is otherwise tranquil. The new plant may  result in increased cost of living, aliens migrating to the region, disturbing  the social and economic order. The company sensing the possible protest tried to educate the people of Vikaspuri region and public in general that how its Corporate Social Responsibility (CSR) policy would help overcome the likely difficulties of the residents of Vikaspuri region. In spite of this the protests begin  and some of the residents decided to approach the judiciary as their plea before the Government did not yield any result.

a) Identify the issues involved in the case

Q.14)  Saraswati was a successful IT professional in USA.  Moved by the patriotic sense of doing something for the country she returned to India. Together with some other like-minded  friends, she formed an NGO to build a school for a poor rural community.

The objective of the school was to provide the best quality modern education at  a nominal cost. She soon discovered that she has to seek permission from a number of Government agencies. The rules and procedures were quite confusing and cumbersome. What frustrated her most was delays, callous  attitude of officials and constant demand for bribes. Her experience and the experience of many others like her has deterred people from taking up social service projects.

A measure of Government control over voluntary social work is necessary. But it should not be exercised in a  coercive a corrupt manner. What measures can you suggest to ensure that due control is exercised but well meaning, honest NGO efforts are not thwarted?   (300 words).    25 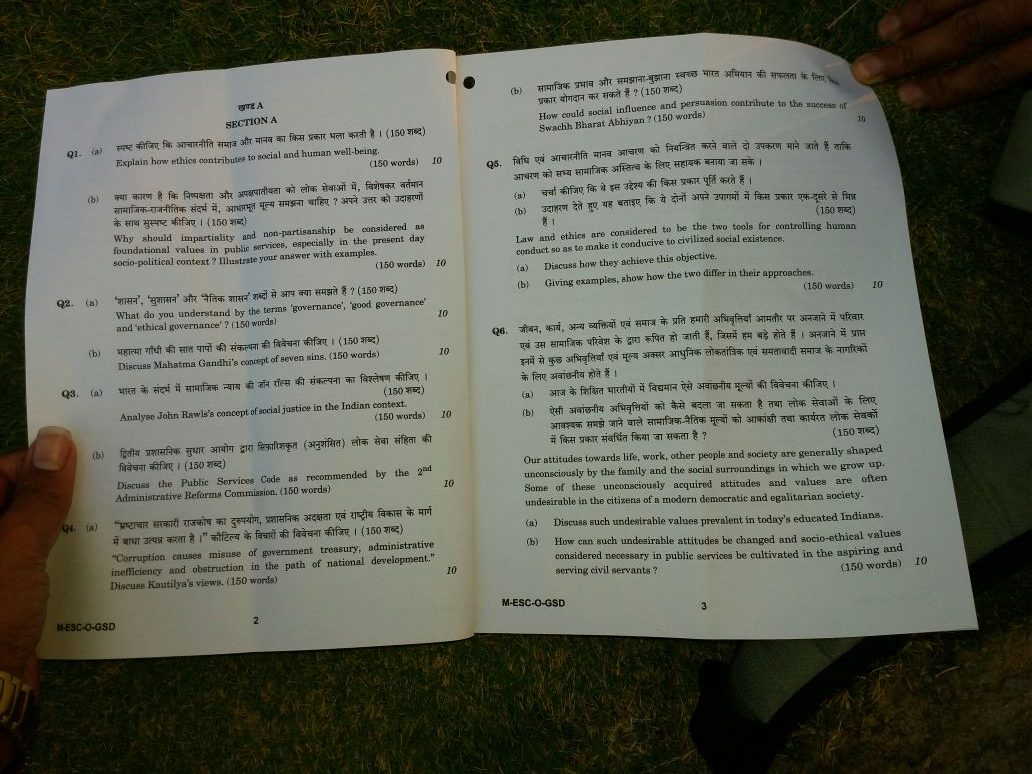 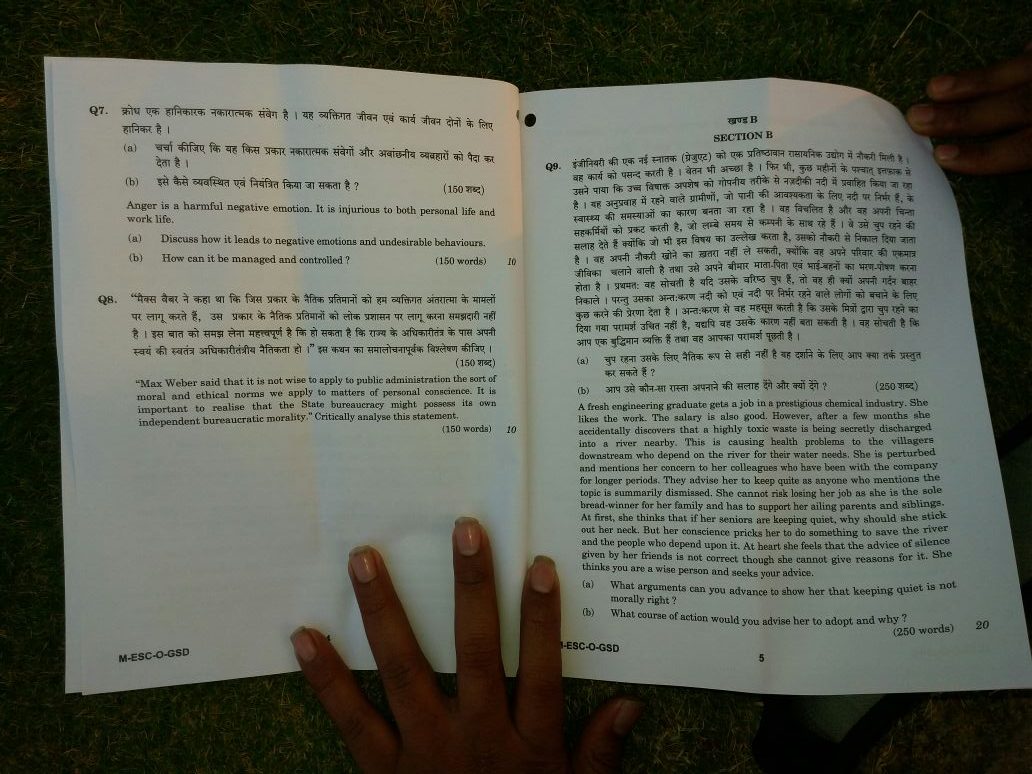 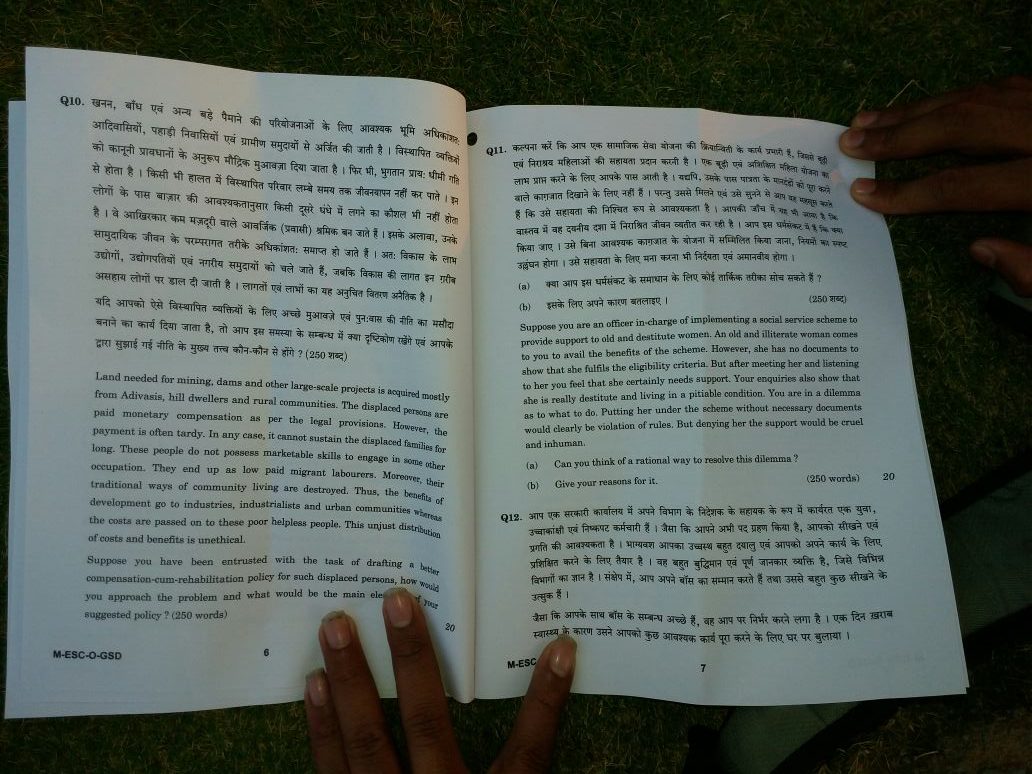 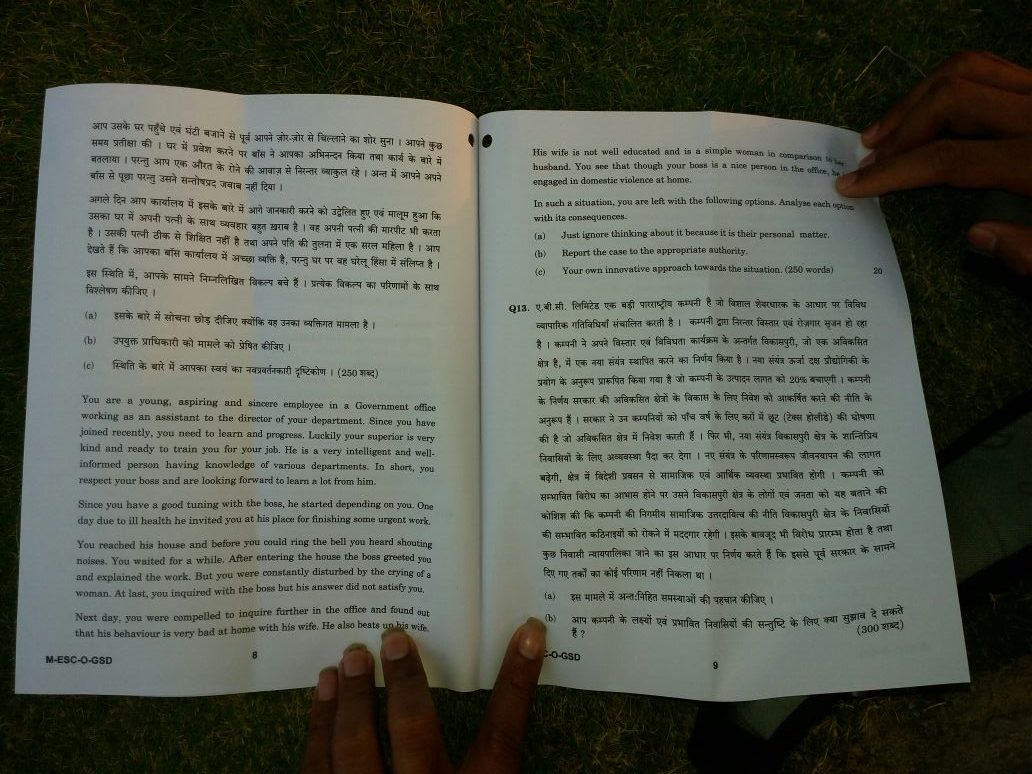 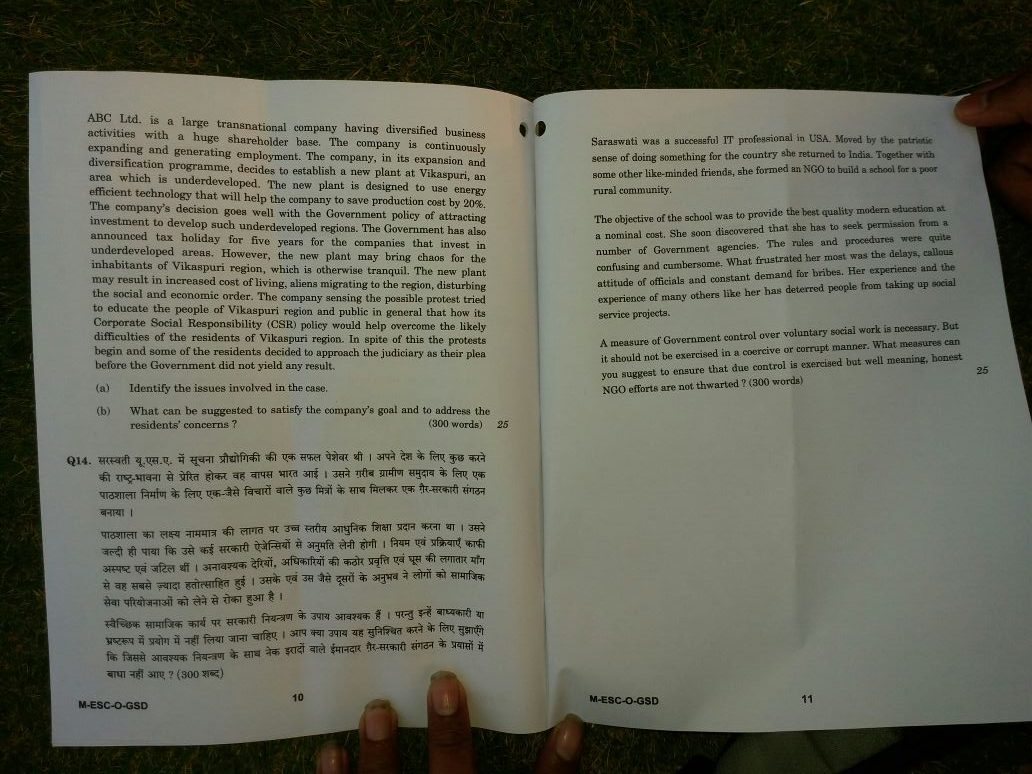