About: The Ministry of Health and Family Welfare launched Measles Rubella (MR) vaccination campaign in the country. The campaign against these two diseases will start from five States/UTs (Karnataka, Tamil Nadu, Puducherry, Goa and Lakshadweep) covering nearly 3.6 crore target children.

Target: Following the campaign, Measles-Rubella vaccine will be introduced in routine immunization, replacing the currently given two doses of measles vaccine, at 9-12 months and 16-24 months of age.

About— The Bay of Bengal Initiative for Multi-Sectoral Technical and Economic Cooperation (BIMSTEC) is a regional organization comprising seven Member States namely Bangladesh, Bhutan, India, Nepal, Sri Lanka, Myanmar and Thailand. The regional group acts as a bridge between South and South East Asia and represents a reinforcement of relations among these countries.

Objective: To harness shared and accelerated growth through mutual cooperation in different areas of common interests by utilizing regional resources and geographical advantages.

About— The Central Government and the University Grants Commission (UGC) are constantly endeavouring to improve quality of higher education in the country.

The UGC undertakes maintenance of standards in teaching, research and quality assurance in Universities, Deemed to be Universities and Colleges through framing and notifying regulations, schemes and disbursing grants to the eligible institutions. The UGC has notified several regulations with a view to sustain and improve the quality of higher education and to undertake academic reforms.

The Universities are established either under Central Act, Provincial Act or State Act and are free to grant affiliation to colleges as per the provisions made under the respective Acts.

About: Ministry of Minority Affairs implements three specific schemes for women as below.

About— To enhance transparency and accountability as a part of the Ease of Doing Business, TAMRA (Transparency, Auction Monitoring and Resource Augmentation) portal and Mobile Application will be launched. 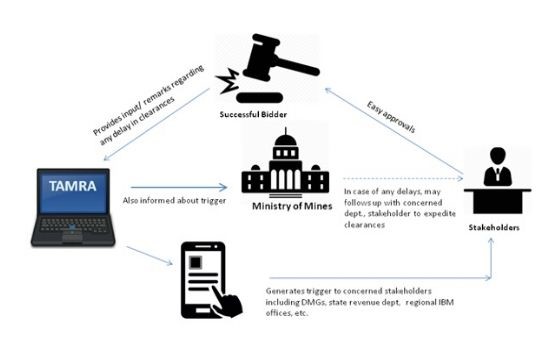 About: Pradhan Mantri Gramin Digital Saksharta Abhiyan’ (PMGDISHA) to make 6 crore rural households digitally literate. This is in line with the announcement made by Finance Minister in the Union Budget 2016-17.

Target: To usher in digital literacy in rural India by March,.2019

About: Based on technologies developed by DRDO, major systems/ products inducted or approved by the Defence Acquisition Council (DAC) during 2016 for induction into Services are given below

These Medicines and Medical Kits/ Equipment are very specific for Services for use during Nuclear, Biological & Chemical (NBC) warfare scenario. Therefore, these have not been brought out in the open market.  However, DRDO developed herbal medicine “Lucoskin ointment and syrup” for treatment of Lucoderma has already been in the market since 2011.

About— To check the recurrence of coal mine accidents, following steps had taken by the Government.

About— In the last two decades, there has been a continuous increase in availability of Radiation Oncology facilities for cancer care in India. The newer Radiation facilities, though lesser than the actual requirement in the country, do have advanced facilities for catering to radiotherapy cancer treatment.

The radioisotopes produced by use of nuclear energy are being effectively utilized in the fields of medicine (both diagnostic and therapeutic), agriculture and industry.

Since radioisotopes are produced in reactors, increase in the numbers of reactors will increase the availability of indigenously made radioisotopes in medical treatment and agriculture.

DAE also has developed technology in recovering Cs137 radioisotope from the radioactive waste generated from the fission products of the reactor, which has got application in medical field.