GST is a very important tax reform. It is initiated to achieve a one nation one tax regime which will benefit both corporate sector and the consumers. The government revenues are supposed to increase and thus integrate India into the global league of nations.

The Lok Sabha has duly given its assent to necessary Central legislation to operationalise the Goods and Services Tax, nearly 17 years after the government began discussions on the prospects for a unified indirect tax regime across the country.

For Indian businesses that have been seeking the reform, it is now time to come to terms with the fine print and embrace the tax system.

Taxation is an important power of the government which has to be used in a balanced and inclusive manner. Indirect tax which is regressive in comparison to direct taxes should be rationalized so that they don’t burden either side keeping government revenues high. GST is a major reform in this direction and should be implemented after due diligence and all stakeholders consensus. 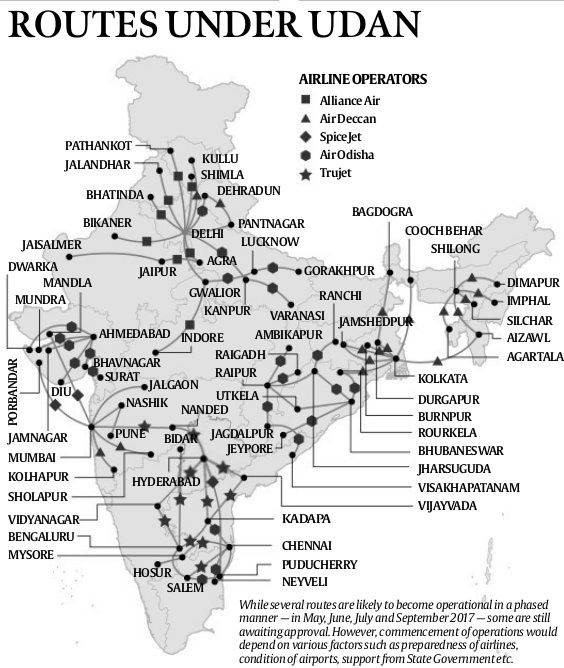 Five airlines – Alliance Air, Air Odisha, TruJet, Spicejet, Air Deccan – will be a part of the regional connectivity model which is based on ‘viability gap funding’. Under this, 80% of the cost will be borne by the state government and the rest by the centre. The Centre as of now has allotted Rs 205 crore to start of the process. Bringing Tier 2 and Tier 3 into the country’s aviation network is a significant development in a country where 80% of air travel is between the metros. Though the business model is not lucrative, it is expected to be viable. The scheme will foster regional connectivity, make businesses and trade more efficient, enable medical services and promote tourism.

A different kind of change