As an emerging economy and continuous influx of people into urban areas in search of jobs and livelihoods has increased pressure on resources. Especially with unabated construction there is threat of increasing disasters with damage.

It is not unusual to see people settle down in the shade of a tree-filled traffic island for some respite in the company of a tweeting bird, a resting dog or a nestling cat. Little ecosystems, the heartbeat of a thriving city are surviving today.

The need is inclusive infrastructure in cities and thus establish a regime of sustainable living. Habitats have to embrace sustainable standards of livings and thus governments have to be responsible in the same direction.

The year 2017 marks the 25th year of diplomatic relations between India and Israel. PM Narendra Modi, who is likely to visit Israel in July, will be the first Indian PM to visit the country.

Holistic nature of the relationship

India and Israel established full diplomatic relations in 1992 and since then the bilateral relationship between the two countries has blossomed at the economic, military, agricultural and political levels. Both countries see themselves as isolated democracies threatened by neighbors that train, finance and encourage terrorism, therefore both countries also view their cooperative relationship as a strategic imperative.

Strategic and defence cooperation has understandably dominated the conversation between both countries, since they face similar threats, in the past two decades. Yet, this relationship is no longer restricted to the strategic sphere. Both countries are developing increasingly close linkages in areas like agriculture, and there is immense potential in other areas like Information Technology.

There is a strong Indian diaspora in Israel (the total number of Jews of Indian origin is estimated at 45,000). A significant number migrated post Independence from states including Maharashtra, Mizoram and Kerala. Jewish heritage in India and educational linkages between both countries are likely to play a pivotal role in this relationship. 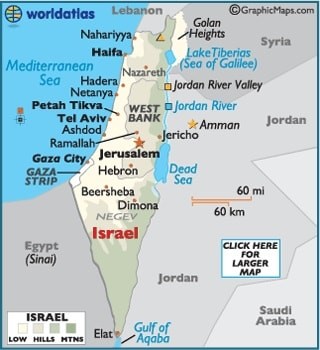 Security linkages between Israel and India

There is not an iota of doubt that security ties play a key role in the bilateral relationship. Israel is the third largest supplier of arms to India, having bagged orders worth $1 billion for India in the past three years.

On April 6, 2017, both sides signed an agreement. The state-owned Israel Aerospace Industries will provide the Indian military with an advanced air defence system (including medium-range surface-to-air missiles). Two other deals are likely to be finalised over the next two months – spike anti-tank missiles for India’s Army and Barak-8 air defence missiles for the Indian navy.

It is in the sphere of agriculture, which is likely to be high on the agenda during Modi’s Israel visit in July, that states have been playing an important role in India-Israel ties.

Israel has already set up a number of centers of excellence in different states after signing an agreement with India in 2006 for the Indo-Israel Agricultural Project. The project is a joint endeavor of MIDH (India’s Mission for Integrated Development of Horticulture) and MASHAV, Israel’s agency for international development cooperation, which is under the Ministry of Foreign Affairs.

Many states of India have shown great interest in Israeli technology in agriculture and managing scarce water resources. The R&D in these areas has been one of important elements in the bilateral relations.

Cooperation between states is not just restricted to agriculture. Israel is interested in participating in India’s Make in India Program and has also expressed a keen interest to invest in India’s IT sector.

Over the past 60 years, India’s Israel policy has been rooted in pragmatism.  Although India initially opposed the creation of Israel, strategic cooperation caused Indo-Israeli relations to warm from the 1960s onward without alienating the Arab World.  Today India maintains close relationships with both Israel and Arab nations.  Due to its close ties with both parties, India has the potential to play a major role in the peace process between Palestinians and Israelis.  India is in a position to serve as an honest, unbiased broker, a role that the United States has struggled to fill.

The India-Israel relationship provides a valuable lesson in international politics, especially for states whose ideological alliances prevent them from forging solely pragmatic ties.  India has shown that the evenhanded pursuit of diplomatic, military, and economic interests is the way to garner diplomatic credibility and popular good will without damaging other strategic relationships.

Marks and standards: the need for a better evaluation system

Beyond the language conflict: the need for a clear language policy

What India can learn from Israel

The Aadhaar legal framework is broken

Time we taught farming in schools