Banning Bottom Trawling: Will it help?

Sri Lanka’s legislative assembly recently passed an amendment to prohibit bottom trawling. Bottom trawling in the island nation’s territorial waters will now attract a possible two-year prison term and a fine of 50,000 Sri Lankan rupees. The rule is expected to affect a section of fishermen from Tamil Nadu which engages in bottom trawling, a destructive method of fishing.

Towards A Global Ban?

Sri Lanka is not the first country to impose a ban on bottom trawling. The US, EU, Norway, Canada, and Australia have all invoked partial bans, while smaller states like Chile, Palau, and Hong Kong have implemented full bans.

What is bottom trawling?

Bottom trawling is trawling (towing a trawl, which is a fishing net) along the sea floor. It is also referred to as “dragging”. It is an industrial fishing method where a large net with heavy weights is dragged across the seafloor, scooping up everything in its path – from the targeted fish to the incidentally caught centuries-old corals. 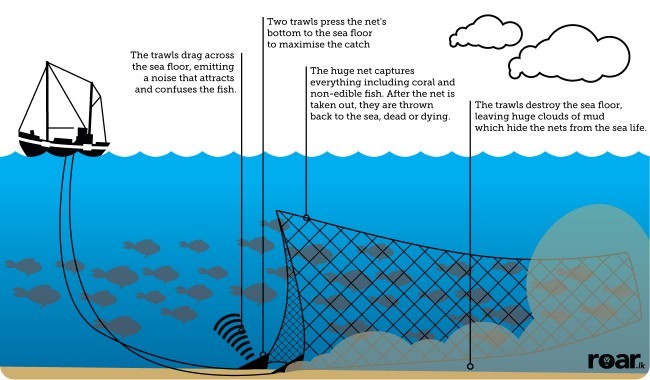 Why is it a problem?

Tamil Nadu fishermen are arrested from time to time by the Sri Lankan Navy, and their vessels seized. If more are arrested and slapped with two-year jail terms after a summary trial, as the law now envisages, it may create new flashpoints.

Fishermen from both countries have been in talks for a long time to resolve the conflict. Sri Lankan fishermen want an immediate end to incursions by Indian trawlers, and those from Tamil Nadu insist on a three-year phase-out period. The proposal to ban bottom trawling is two years old, but the amendment has come at a time when a Joint Working Group set up by both countries last year is in place.

It said the livelihood of families of almost 1800 trawler boat fishermen and their crew who are engaged in trawler fishing in Valvettiturai, Gurunagar and Mannar North have to be safeguarded before implementing the provisions of the Act.

Both countries should ensure that the situation does not disrupt regular meetings of the JWG. Besides the fisheries conflict, they need to discuss marine conservation, thus giving equal importance to protecting livelihoods and sustainable fishing.

July 11 has been designated by the United Nations as World Population Day.

Where does India’s population stand? 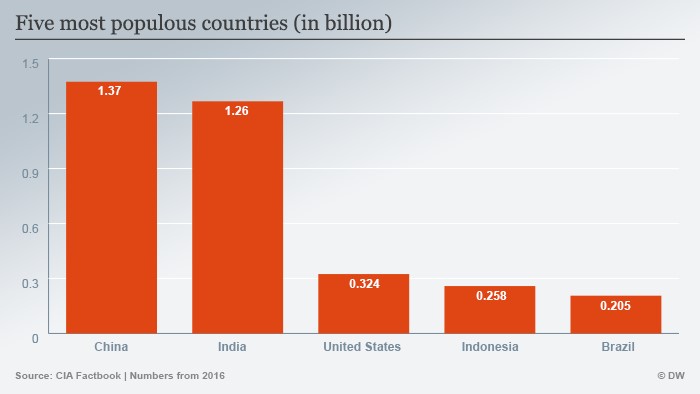 The biggest concerns due to fast population growth comes in the matters of employment, education, healthcare and nutrition.

Virtually every development sector that requires investments will need a larger amount of such investment in different areas — like clinics, hospital beds, homes, schools, colleges and training institutes, jobs, social security, rural banks, piped water and policemen — as the absolute size of our population increases.

Empowering women: need of the hour

While family planning initiatives have been proactively driven since pre-independence era in India, the brunt of contraception has been traditionally borne by women. Eighty two years after the National Planning Committee was set up, the trends haven’t changed much. According to the latest National Family Health Survey (2015-2016), female sterilisation is still the most preferred mode of contraception (37.3%) and vasectomy ranks the lowest (1.0%), lagging far behind traditional methods, pills and intra-uterine devices. To add to this, India is also plagued with problems such as lack of awareness, familial pressures, and socio-economic and cultural restrictions limiting its family planning initiatives.

Educated women conscious of family planning are, therefore, the fulcrum of an empowered society. Women’s empowerment is indispensable when viewed within the gender equality paradigm. Although Indian family planning programmes provide contraceptive choices to both men and women, societal norms have ensured that the onus remains on the latter. Efforts need to be made to facilitate male engagement in promoting family planning and reproductive health, while encouraging them to be supportive partners of women’s reproductive health decisions.

The think tank and the ashram

Bring the house up to date

China’s road in Dok La is headed for Thimpu

Shaping the future of manufacturing in India