It is unfortunate that even though we have a strong government at the Centre, the internal security situation of the country has not shown any marked improvement over what it inherited from the earlier government. 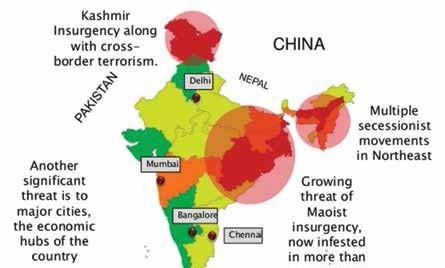 The founding fathers of the constitution had placed police and public order in the State List of the Seventh Schedule. They could not have foreseen the complex law and order scenario that would evolve in the coming decades.

Are we prepared to deal with these growing threats? It would be difficult to give an affirmative answer. A strategic vision and a comprehensive long term-plan are called for while the internal security apparatus is overhauled and modernised.

Power games at the tri-junction

Is the Swachh Bharat Mission succeeding

There’s a lot to be built