Arctic and Antarctic are important global regions critical for the existence of the humankind on earth. Antarctica as part of the global commons and Arctic with the rim countries have to protect and conserve the same to avoid large scale disasters the world can face.

In recent years, unprecedented rates of glacier melts have been reported both in the Antarctic and the Arctic.

However, news of the massive break (July 13th 2017 event) in the Larsen C ice shelf, and the jagged section that now floats free, has raced around the world. The chunk of ice has been described as twice as big as Luxembourg or Samoa, or about the size of Delaware. 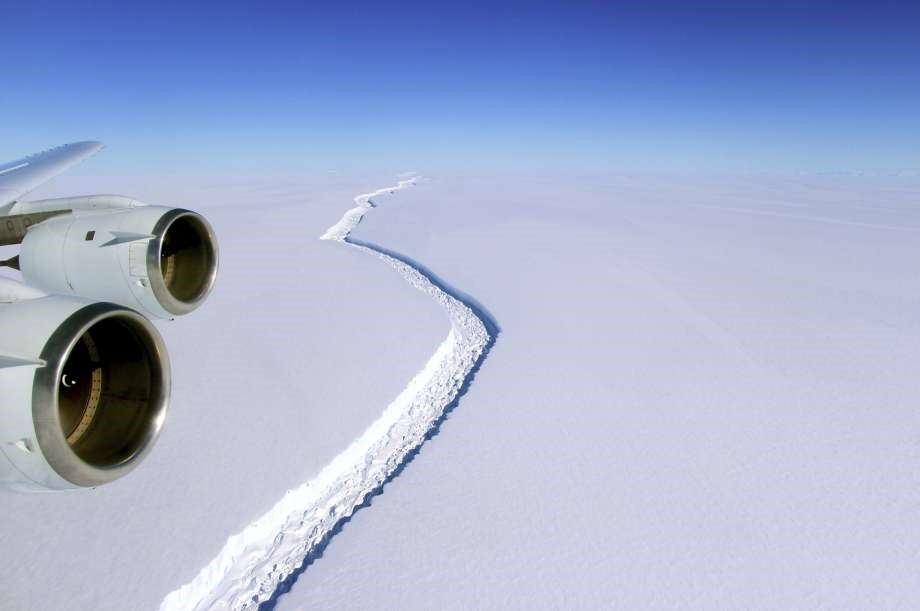 Fig2: A vast iceberg, with twice the volume of Lake Erie, has broken off from the Larsen C ice shelf. 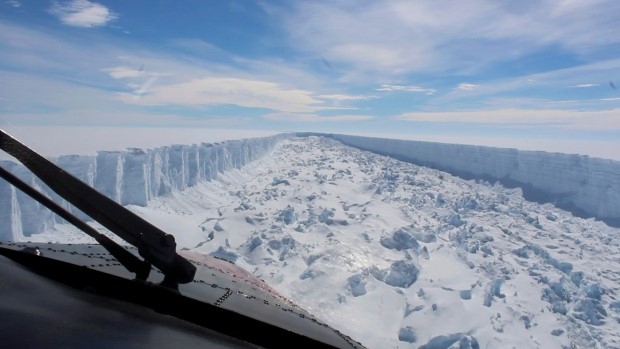 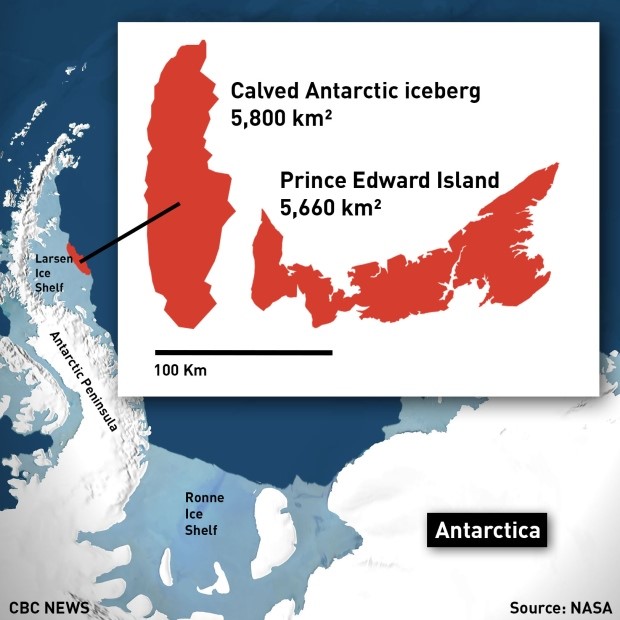 The dramatic but inevitable calving of a trillion-ton iceberg,  raises the question, did a warming atmosphere have a significant impact on the process? Environmental groups connected the event to climate change and the Trump administration’s withdrawal from the Paris climate accords.

IS THIS DUE TO CLIMATE CHANGE?

Scientists from Project MIDAS, a U.K.-based Antarctic research project that has been looking at the ice shelf for many years, have said the formation of icebergs is natural, and no link to human-induced climate change was available in this case.

Still, climate change did impact other icebergs and ice shelf collapses in the region recently. Meltwater ponds formed on the surface of the Larsen B shelf and weakened the ice as they pushed downward, causing it to crack and splinter apart.

Researchers caution that the formation of the Larsen C iceberg does not mean Antarctica is breaking apart, but they also say climate change should not be ruled out.

Antarctica is a climate stabilising factor and the calving of the ice shelf now has opened the path to an even larger flow of ice into the oceans, which over time will result in more sea-level rise, inundating coastal communities.

Researchers in particular are paying attention to the Thwaites Glacier in West Antarctica, which could raise sea levels by 10 feet if it collapses. Antarctica holds about 60 percent of the world’s fresh water, so any pattern of increased melting and calving has profound implications for cities and countries across the world.

Among the stark effects of changes could be a shift in biodiversity: species like emperor penguins which depend on sea ice to complete their life cycle are at risk if ice cover declines. Any dramatic changes will only add to the worry of irreversible effects of climate change, given that the Arctic and Greenland have also been losing ice cover.

Clearly, the loss of a massive portion of the Larsen C Ice Shelf marks another milestone in the evolution of this remote region. Yet, the lack of long-term data on Antarctica, as opposed to other regions, makes it difficult to arrive at sound conclusions. What is clear is that the last pristine continent should be left well alone, with a minimum of human interference, even as research efforts are intensified to study the impact of human activities in the rest of the world on this wilderness.

No state of exception