All India Radio (AIR): India did not Participate in ‘Belt and Road’ Talks

India did not participate in ‘Belt and Road’ talks

In news: India had decided to stay away from the OBOR or ‘Belt and Road Initiative’ by China. This initiative links across continents which is a grand plan by Chinese President Xi Xinpin to integrate China’s maritime route and silk route, retracing its historical links with Asia, Europe Africa and many parts. 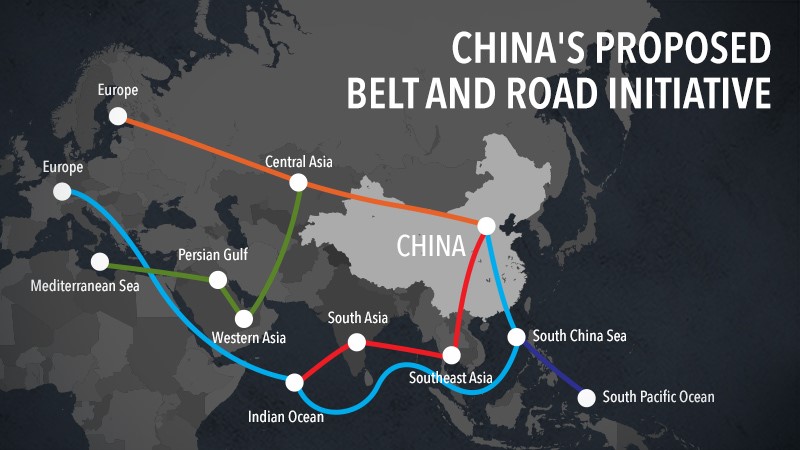 China has invested a lot in developing this concept. It is represented as economic cooperation but clearly it is something with far reaching strategic implication. India has decided to keep away from this forum.

Why India is not participating?

Not only economic initiative

Too much Pakistan tilt

Concerns out of nature of BRI

BRI is partly driven by pragmatic considerations that china has the need to find new growth drivers for its slowing economy, need to deploy surplus capacities which are eliminating the growth of Chinese economy, need to utilise large Forex, need to move up the value chain in terms of items manufactured by it. China projects BRI as a win-win for participating countries as it may bring certain economic goods to them. Some 500billion dollar projects are expected to be a part of BRI. So the stakes are high for countries whose economy is driven by money. Creation of jobs, manufacturing, IT and many other initiatives and opportunities are expected to take off.

But there is a geopolitical agenda of how it looks upon its future role in the world and shape its periphery. China has reached a stage in development where it believes that its time has arrived. They want to restore what is china’s rightful and leadership role in the world.  It is a process which is being advanced through various initiatives. BRI is an important instrument to achieve Chinese dream. India has welcomed the rise of china. It has many positive connotations but at the same time china becoming more assertive is causing anxieties. China today is prepared to deploy its considerable economic, political, diplomatic and military clout to further its strategic interests.

China has its own acute sensitivity on territorial claims, but still ignores others. A country which is so sovereignty conscious should not expect India to disregard its own legitimate sensitivities and interests with regards to PoK.

India saw merit in joining the Asia Infrastructure Investment Bank (AIIB), the BRICS Development Bank and the Shanghai Cooperation Organisation (SCO), all initiatives led by China. However, BRI doesn’t fit into this pattern. India is in its national interest is firm on the belief that connectivity initiatives must be based on universally recognised international norms, good governance, rule of law, openness, transparency and equality.

RSTV- The Big Picture : Eradication of Poverty: What Steps need to be taken to Achieve this Goal?