All India Radio (AIR) : Prevention of Drug Abuse and Trafficking

Prevention of Drug Abuse and Trafficking

In news: International day for anti-drug abuse and illicit trafficking is observed on 26th June. The UNGA decided to observe this day, in 1987, as an expression of its determination to strengthen action and cooperation to achieve the goal of an international society free of drug abuse. Theme of 2017 is ‘Listen First.’

Drug menace is a global problem. Over the years, level has gone down in terms of publicity against drug proliferation. The drug consumption has gone up which is proved by empirical evidence.

India is situated between two important drug supply centers: Golden crescent and golden triangle.  Because of this, India has always been in transit as well as gradually a consumption point. So it is difficult to say that drug abuse has come down.

The seizures have increased by different agencies. So when more amount of drugs are seized, it means there is a tendency for bringing more drugs. 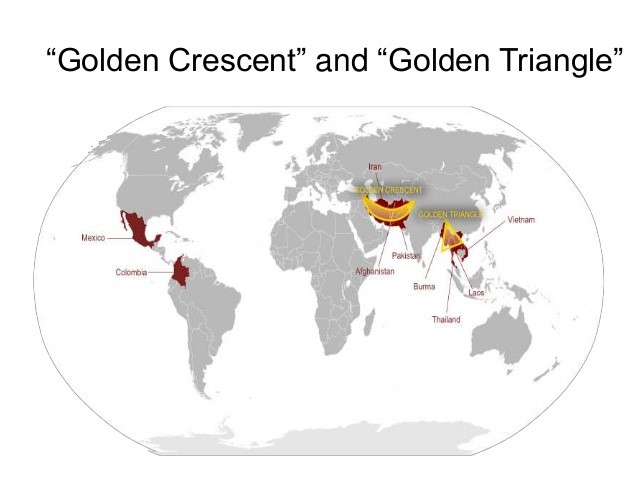 There is basically seizure of heroine which comes from South West Asia, mainly Afghanistan and Myanmar. Other source is from illicit production of opium from illicit cultivation like Cannabis is sourced from Nepal. Another is internal production in India at high altitude area and some north east area. There are some African drug traffickers who get cocaine from Latin American companies.

Besides this, there is a demand of synthetic drugs, party drugs. Drugs like amphetamine are synthetic drugs that are diverted from chemical factories. Some of them are medicinal drugs also which are consumed without prescription.

Steps by narcotics to curb the menace

1. The Bangladesh–China–India–Myanmar (BCIM) Economic Corridor is said to be a game-changer in increasing socio-economic development and trade in South Asia. Discuss with special reference to India.