1. What is International Solar Alliance? Describe its objectives. Why is it significant for India? Examine.

International Solar alliance is an international partnership between 121 countries lying between tropic of cancer to tropic of Capricorn who have access to sunlight all-round the year to harness solar energy to produce electricity. It was founded by India and France in 2015 at Paris climate summit.

With increasing global warming and US pulling out of Paris climate pact, India can utilize this opportunity to lead the world with example for climate change and also take up leadership role in solar energy field in terms of production and innovation.

2. What is Carbon Tax? Examine its feasibility in India.

A carbon tax is a penalty imposed on users of fossil fuels like coal, to pay for the damages they cause for climate and environment in form of carbon emission which will motivate them to switch for cleaner fuels. It was introduced in 2010 and now stands at Rs. 400 per tonne.

Feasibility of Carbon Tax in India:

Carbon Tax is a very good initiative but in developing country like us it might hit hard on lower strata of population. Also it will take political colors and no party in power would like to increase the penalty as it might affect their chances of winning elections which is very important for any government.

3. Comment on climate change vulnerability of Indian agriculture. Also examine the need for climate smartness in agriculture in India.

Introduction:
Agriculture is extremely vulnerable to climate change. Indian agriculture faces the dual challenge of feeding a billion people in a changing climatic and economic scenario. The Agriculture Ministry recently informed the Parliamentary Standing Committee on Agriculture that India is losing $9 to 10 billion every year in extreme weather events and that agricultural productivity is likely to fall by 10 to 40 percent by 2100 due to climate change.

The impacts of climate change on agriculture will be severely felt in India. 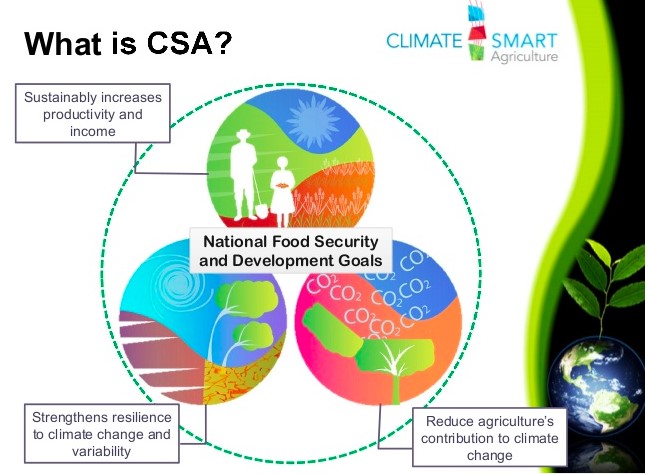 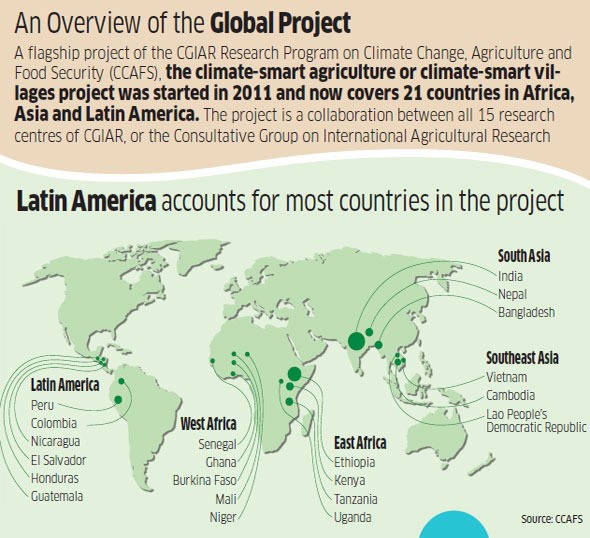 The CCAFS project now includes 70 villages in Punjab, Odisha and Karnataka, besides Haryana and Bihar. Punjab and Haryana were among the states transformed by the Green Revolution in the 1960s. A similar project of the Indian Council of Agricultural Research, called National Innovations in Climate Resilient Agriculture, has now covered 151 villages across the country and plans to add another 100.

Conclusion:
Thus, climate smart agriculture is the way forward if the growing population of India is to have food security. It also will help in checking greenhouse gas emissions from the agriculture sector.

4. South Indian states are experiencing unprecedented drought. What are the factors for this drought? What can be done about it? Discuss.

A drought is a period of below-average precipitation in a given region; resulting in prolonged shortages in the water supply, whether atmospheric, surface water or ground water.

5. Why predicting monsoons in India is a tricky job? Explain. IMD has adopted new methodology to forecast monsoon in India. Examine its features and advantages.

Predicting monsoons in India is a tricky job. Since India falls in the tropical region, the fluctuations in the weather conditions are more frequent than anywhere else in the world. With changing weather predictions, the parameters also frequently change, thereby having an effect on the forecast. After factoring in the wild weather patterns in the region and the use of a novice forecasting model, India would have to wait and see to fully analyse the accuracy of the predictions.

A dynamic weather prediction model involves 3D mathematical simulation of the atmosphere on computer. Dynamic models are especially useful for predicting rainfall over smaller spatial and temporal scale, which is not possible in the statistical forecasting system. With dynamic models, we will be able to provide monthly forecasts for every state. Dynamic models have several advantages.