Earlier, fellowships of the IIMs were not regarded as Ph.D.s, which led students to complete their diplomas and go abroad if they wanted to earn a doctoral degree.

Till now, the Centre had a role in the appointment of the chairpersons and directors to their Boards and also fixing the pay of the directors.
As per the IIM Bill, 2017, a Board of Governors will appoint the Director of each IIM.
A search-cum-selection-committee will recommend the names. And the director will be eligible for variable pay as determined by the Board.

Benefits of methanol as a fuel:

The 32-year-old SAARC seems to turn into a moribund(decayed) group as India is preoccupied with the exciting prospect of its role in the Indo-Pacific and beyond. The South Asian agenda has been reduced, at least in public perception, to countering Pakistan and its terror proxies.

A moribund SAARC is not in our interest:

Obstacles to the emergence of a cohesive South Asia:

We cannot dictate the actions of our neighbours. But we need to pay more attention to certain aspects.

We cannot ignore or abandon the task of building a largely cohesive and stable periphery. Groupings like BIMSTEC, Indo-Pacific may seemingly be more important but the success of such groupings can be reaped only when we have a stable neighborhood. And for this stability SAARC is quintessential

India is suddenly in the news for all the wrong reasons. It is now hitting the headlines as one of the most unequal countries in the world, whether one measures inequality on the basis of income or wealth.

The World Inequality Report 2018 has provided data on inequality across various countries.

World Inequality Report (WIR) is a report published by the World Inequality Lab at the Paris School of Economics, is “based on the latest evidence collected for the World Wealth and Income Database, a massive project maintained by more than 100 researchers in more than 70 countries.”

This should give an indication of the concentration of income in certain pockets. 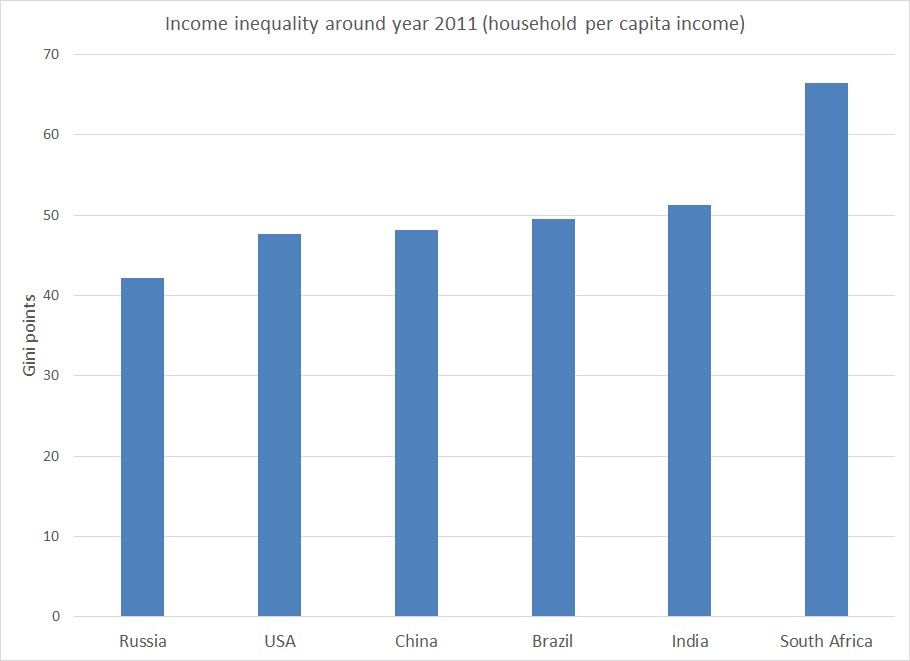 There are two other interesting parameters which are spoken about here in the report.

Two conclusions can be drawn from the above data.

So, let us examine how did this happen?

However, this has not happened according to script and the benefits have largely flowed to the upper echelons.

In fact, this limited growth syndrome acts as a useful social buffer as it gives the illusion of upward mobility even though the pace is much slower than that of the higher echelons. Therefore, it is not surprising that 90 per cent of the population accounted for just a third of the growth taking place during the period 1980-2016.

Economic reforms were focused on de-nationalisation. Privatisation meant that even public companies would be owned by private players, which began the process of heightened inequality.

Governments have dithered (on two minds) on subsidies and the elite are anti-subsidy. The result has been that even government activity has tended to move towards private projects generation in roads and city development (privatization). Therefore, when a road is created the contracts go to private parties, which increases income of the relatively richer echelons.

Curiously, the distribution by the government of relief payments to the unemployed under NREGA scheme has been criticized and expressed sharp disapproval by many, as it has pushed up wages beyond productivity levels and affected corporate profits!

This is so as NREGA wage has become a benchmark for all wages in industry.

There is hence relentless pressure from the corporate world on the government to lower these allocations on grounds of its distorting the wage structure.

This kind of growth of crony capitalism and growing nexus between the government and some corporates has exacerbated the income distribution pattern.

Privatisation programmes are normally for better performing companies — which is natural or else they would not be of interest to the private sector. Loss-making companies continue to be held by the Government. This is another reason which has fostered the inequality syndrome in the country.

Higher inequality comes in the way of demand creation.

Economic growth is sustainable provided the poor are also able to rise in the hierarchy and spend on goods and services. If these incomes do not rise, the demand cycle is interrupted. Therefore, it is essential to keep their income increasing at a reasonable rate.

The problem we have today of absence of demand is because of inequality.

The rich run into a cliff of ‘demand-saturation’ where motor vehicles cannot be changed every year or houses bought periodically. The other income groups too have to spend. If they do not have this money or other means needed for a particular purpose, as is the case in the last three years, the tendency would be to spend more on essentials than consumer goods which impact growth.

Tackling inequality and reducing the gap between citizens is ironically a necessity to keep the economy ticking.

In the West, high levels of prosperity across the citizens was one reason for expanding markets overseas. We do have a large populace that needs to move up the ladder or else will continue witnessing growth in waves rather than in a linear manner.

1. What is crucial in dealing with loss is not to lose the lesson. That makes you a winner in the most profound sense.