Change in definition of ‘employment’ 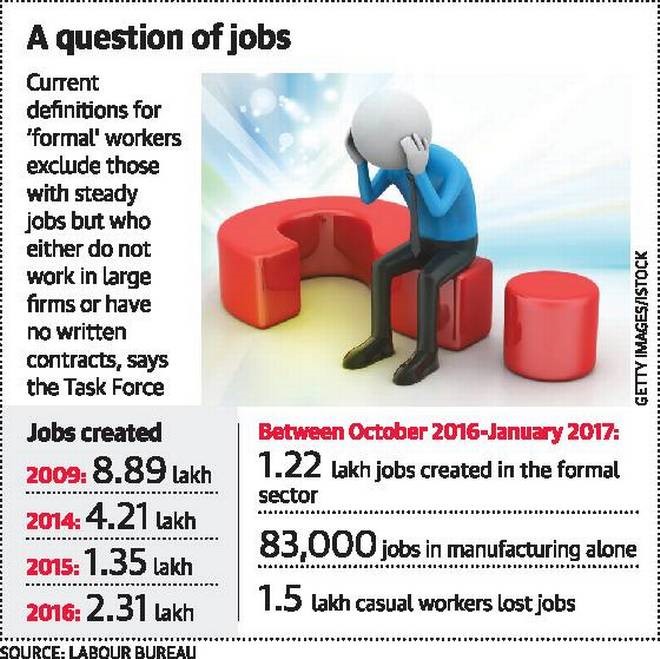 Need of changing the definition:

Other initiatives by Google:

Young and aspirational, the millennial generation that makes up about 40% of India’s population has long been regarded as the driver of future economic growth. Yet, the gap between the productive labour force and the employment and entrepreneurial opportunities available to them continues to widen.

Policymakers recognize the problem and have taken steps to combat it. The “Skilling India” programme aimed at accelerating the pace of skill development, creating new employment opportunities and reforming India’s archaic labour ecosystem is a positive step. However, the challenges faced by the ministry of skill development and entrepreneurship (MSDE) are complex and varied.

A prime example of the worst-case scenario can be seen with the National Skill Development Corporation (NSDC), an autonomous entity functioning under the MSDE. Tasked specifically with the responsibility of skilling 10 million people by 2020, the NSDC has struggled to achieve its goal.

If India wishes to avoid economic stagnation and societal upheaval, following needs to be done.

Cutting away excessive bureaucratic fat, implementing structural changes to the pedagogy of the skill training system, and installing licensing and regulatory mechanisms are all important steps to help reskill India.

The most important change needs to happen on a cultural level. Skill training should be viewed as a complementary part of mainstream education, rather than being regarded as an inferior alternative. Otherwise, India’s youth will be relegated to the same conditions that their grandparents were subject to.

The annual publication of the National Crime Records Bureau (NCRB), “Crime in India 2016”, which was released recently, presents a dismal picture of the key performance statistic with only 47% convictions in Indian Penal Code (IPC) crimes at the national level.

Low conviction rates and a lack of a lawful definition of crime mark criminal administration in India.

The main purpose of criminal administration should be the prevention of crime, and the police cannot be an instrument of social change. Administrative measures and fines levied will change behaviour better than penal action.Crime prevention is affected by conviction rate, beat patrolling, and by the police and community working together.

Invitation to a jugalbandi