1. What is ‘realpolitik’? What policies characterized realpolitik and how did they affect the course of the Cold War? Explain.

Realpolitik refers to politics or diplomacy based on practical objectives rather than on Ideological principles. It is a Pragmatic, no-nonsense and disregard for ethical considerations.

“The Enemy of my enemy is my friend” is the guiding principle which characterized realpolitik during cold war. USA and USSR both started supporting dictatorships and corrupt governments under this policy.

How it affected the course of cold war:

Cold war era led to many proxy battles due to policy of containment implemented by both super powers in which neither of the two super powers was involved directly but indirectly. At the end with the breakdown of USSR, US and capitalism won the war against socialism and gained Hegemony.

2. Why did the USA become involved in either the Korean or Vietnam wars? What were the consequences of the involvement?

While the WW II brought an end to the multiple European conflicts, it gave birth to a new era of hostility between the two new super powers – USA and USSR – known as the Cold War. It lasted from 1945 to the fall of Soviet Union in 1990.

The involvement of US in both the Vietnam (1954-75) and Korean War (1950-53) should be seen from the prism of Cold War tactics. The reasons offered by US government were:

However, the real intentions for US involvement are as follows:

Consequences of the Involvement:

US involvement in both the wars was an unmitigated disaster. It brought the world on the brink of a possible third world war. It sowed the seeds of the current Korean crisis as well it gave birth to a new form of rebellion called ‘terrorism’ as it armed Afghan people to fight against the southward Soviet expansion.

3) The recent histories of Nigeria and South Africa show that ethnic and racial conflicts can hinder democracy. Comment.

Nigeria and South Africa could be likened to the Biblical Aaron and Moses, who were endowed with the responsibility to bring Africa out from the bondage of despair, decline and underdevelopment. As regional powers, history has imposed on them the enormous task of finding solutions to some of the most pressing African concerns, the role of a certain ethnocentrism or tribalism in conflicts in sub-Saharan Africa, which hindered democracy.

African countries today face greater challenges to peace and stability than ever before. The countries of sub-Saharan Africa countries lack the political will to maintain previous peace agreements, and thus have fallen prey to continuous armed ethnic and racial conflicts.

Reasons for ethnic and racial conflicts:

The democratic transformation process in both countries is not yet complete. The significance of ethnic and racial conflict management in Africa is underlined by the continent’s underdevelopment and weak economic growth. This points to the need for a change in the continent’s approach to conflict management. Peace in Africa is not the absence of war, but the provision of the people’s basic human needs.

4. Critically analyse the reasons behind justice delivery being delayed in India and the associated effects on livelihood and polity.

The problem of delay in Indian judicial system is too grim. Various factors are responsible for the same.

Justice delayed is justice denied truly. Reforming judicial mechanism is the need of the hour in this light.

5. To solve the growing water crisis, the solution that is proposed and pushed by world bodies such as WTO and IMF through international agreements is privatisation of water. Do you think India should also privatise its water? Critically analyze.

Introduction: Access to safe drinking water has been recognized as a human right by UN. But due to increasing consumption patterns, water is becoming scarce and this scarcity is an emerging threat to the global population. Thus to overcome this issue, the solution proposed by world bodies such as World Bank, IMF is privatization of water.

Why privatization of water is not a good idea?

Nagpur was the first large city in India to hand over its entire water service to a private firm. Smaller experiments in privatisation in Khandwa, Mysore, and Aurangabad, among others, have followed similar trajectories. Social mobilisation against the introduction of PPP (Public-Private Partnership) projects in metros such as Mumbai, Delhi and Bangalore have led to the plans being aborted.

Water services Latur were handed over to a private operator — but within a few years, the Maharashtra water supply department had to take back control after high tariffs without any improvement in water quality triggered strong protests.

Because private sector focuses on profit it is important that Government’s restructure Water Utilities to reverse the infrastructural decay and improve their performance. There is a need to have greater engagement with the public and make Water Utilities accountable and capable of delivering water services.

1. Examine the significance of the Sagarmala Programme for India’s external and internal trade. 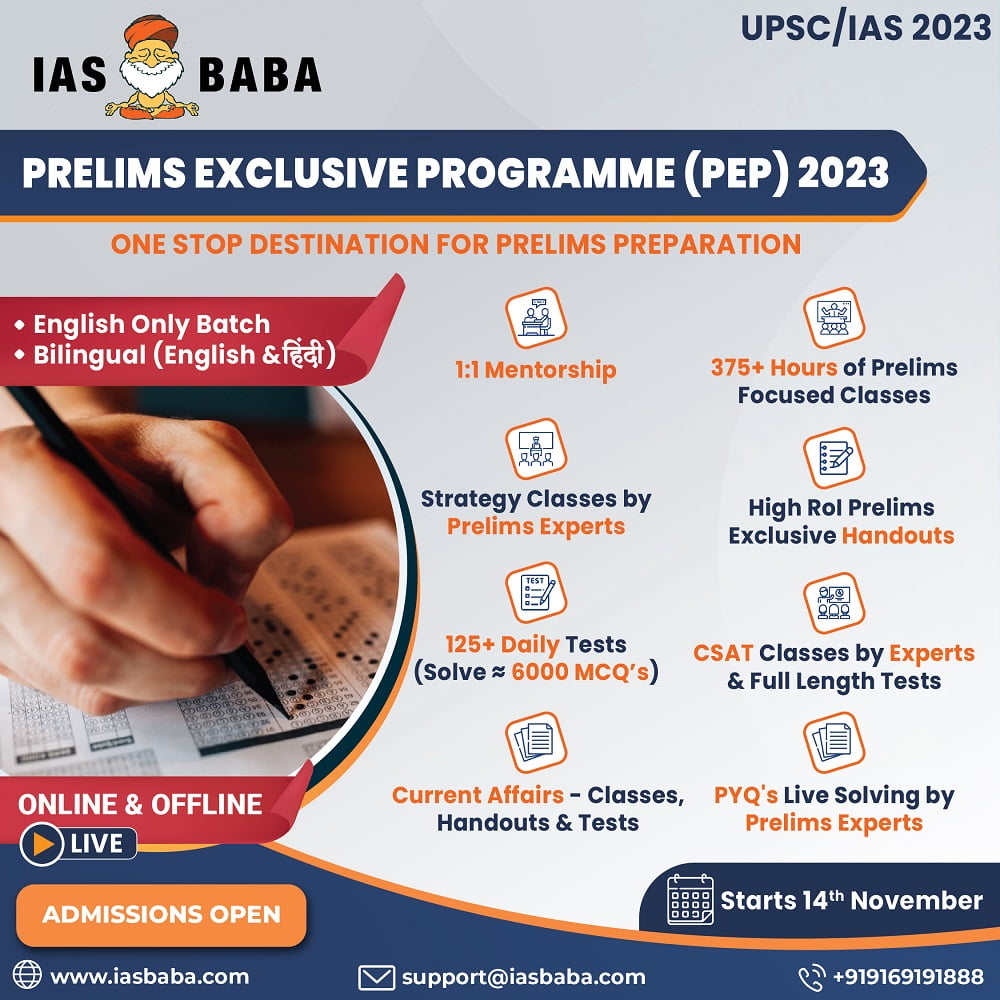