Part of: Prelims and mains GS III – Environment and pollution

Based on the recommendations of the NGT, the CPCB last month apprised the States of the extent of pollution in their rivers. 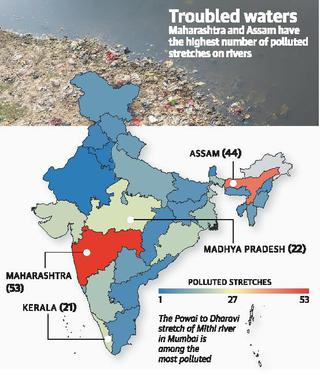 Measuring health of the rivers 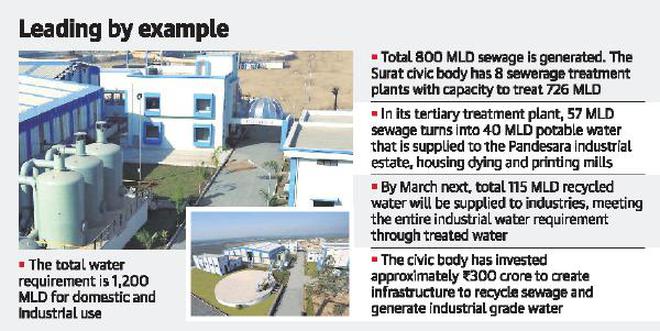 CIC wants break-up of how MPLADS funds are utilised

Everything you need to know: When the world collapsed around Lehman Brothers

It has been ten years since the investment banking firm Lehman Brothers collapsed in mid-September 2008. Shortly after, there was a meltdown in global financial markets, including India.

What triggered the crisis?

Was there any ‘rescue act’ by banks?

In 2008, when America’s two biggest banks Merrill Lynch and Lehman Brothers reported high losses due to huge exposure to risk assets, all triggered by sub-prime lending by banking institutions, Bank of America came to the rescue of Merrill Lynch while Lehman Brothers had to file for bankruptcy.

What is a sub-prime loan?

What is manual scavenging?

What does the Prohibition of Employment as Manual Scavengers and their Rehabilitation Act, 2013 say?

Excess rains and floods in Kerala, deficit rainfall in eastern and north-eastern India, and associated large-scale crop losses have again highlighted the need for providing social protection to poor farmers.

What are some of the problems inherent in the scheme:

Consequently, in 2017, the expansive coverage of the scheme suffered some setback as seen in a drop of nearly one crore farmers in enrolment (about 17%). Such shortcomings inspired recent announcements such as that of Bihar to start its own scheme, the “Bihar Rajya Fasal Sahayata Yojna”.

How can the scheme be made more effective?

In order to make the PMFBY a sustained developmental action for a comprehensive climate risk protection for every Indian farmer, the following action points are suggested:

Q.2) The biological oxygen demand of water is reduced mainly by:

Q.3) Biological Oxygen Demand (BOD) is a standard criterion for

Q.5) Central Pollution Control Board (CPCB) is constituted under the

Q.6) Which of the following are the objectives of part of Pradhan Mantri Fasal Bima Yojna (PMFBY)?

Where goes the rupee?

The power of Kudumbashree

What not to post online: how Europe law proposes to protect copyright

Iran on the edge

In Good Faith: The natural fallacy