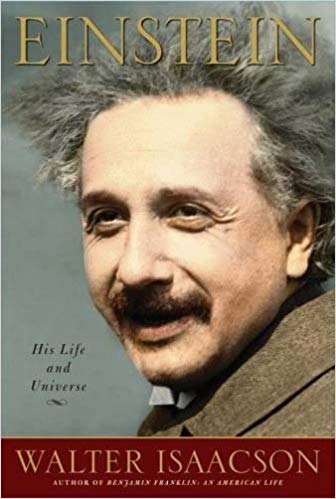 Once in a lifetime comes a man like Einstein. It would probably take several more centuries before a majority of the human population is able to understand the true genius of Einstein. The scientific community of course has been dumbfounded by his sheer brilliance.

What is it that separated Einstein from other scientists of his time? What was his life like? What about his marriage, children and personal life? What were his triumphs and tribulations? Walter Isaacson in this beautiful and thorough book explores the life of Einstein.

Einstein was a born rebel. One of his greatest qualities that separated him from the rest was his sheer lack of reverence to authority. He was able to relook at problems in ways nobody could. More importantly he had the guts to reject previously accepted scientific benchmarks. He had absolutely no problem in saying that we had got it all wrong.

Einstein’s life story illuminates several different intricate dimensions of an extraordinary life. Read this book to encourage, enlighten and awaken yourself to the immense possibilities of questioning, imagining and reasoning. The genius of Einstein is an invitation to expand your ways of thinking and looking at reality. This is one adventure you don’t want to miss.