El Nino is the name given to a slight warming of the surface waters of the Pacific. It is opposite of La Nina, which is a cooling. As the ocean is one of the biggest influences in our weather, both of the phenomena have a dramatic effect on the weather around the globe.

Collectively, El Niño and La Niña are parts of an oscillation in the ocean-atmosphere system called the El Niño-Southern Oscillation, or ENSO cycle, which also has a neutral phase.

El Nino was discovered far earlier than La Nino, as it had a direct impact on the Peruvian fishermen. They noticed that every three to seven years, in the months of December and January, there would be virtually no fish in the seas. As it was noticed around Christmas time, they named this phenomenon El Nino (Spanish for ‘the baby boy’).

What happens ‘normally’, at a time when there is no El Nino or La Nina? 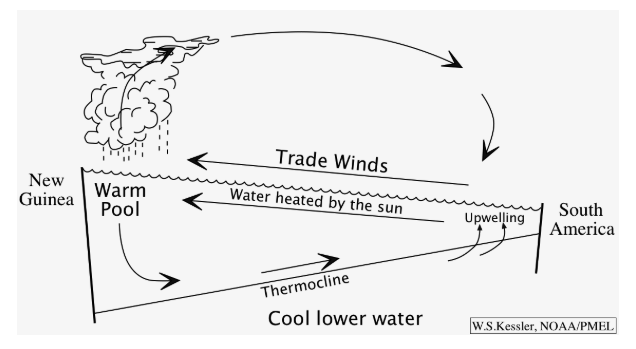 During an El Nino event:

But when the trade winds die, two things happen: 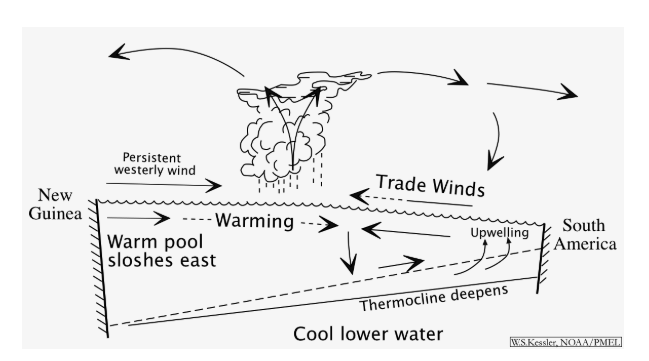 Difficult events for some: