Part of: GS Prelims and Mains GS-II – Government policies and interventions for development in various sectors and issues arising out of their design and implementation. 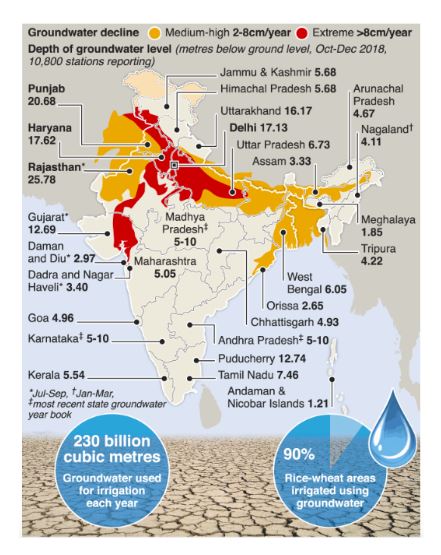 What is a Notifiable disease?

Though public health is a State subject, Central Government supplements the efforts of the State Governments.

There are many more than seven rivers in India.Since there is no proper definition of a river, it is impossible to answer this question. One way to list is in terms of river basins, so that the main river and its tributaries are both included. For Himalayan Rivers, one will then list Indus basin, Ganga basin, Brahmaputra basin, Barak basin and so on.

Similarly, in the south, one will list basins of rivers flowing east (Godavari, Krishna, Kaveri, Mahanadi) and those flowing west (Narmada, Tapti). This still leaves some loose ends, minor rivers along the coast and rivers that don’t drain into oceans.

Depending on what is included, there can be more than 100 river basins and more than 600 rivers in the listing.

Why did Ganga and Yamuna need legal rights?

What is the reason of Ill-being of rivers?

Q.1) Inner Line Permit is operational in which of the following states

Q.2) Consider the following statements about Register of Indigenous Inhabitants of Nagaland (RIIN)

Whether we will survive ought to be our foremost concern