There are Twelve Questions divided in 2 Sections. All Questions are Compulsory.

(a) What are the basic principles of public life? Illustrate any three with suitable examples. (150 words) (10 marks)

(b) What do you understand by the term ‘public servant’? Reflect on the expected role of public servant.  (150 words) (10 marks)

(b) “Non-performance of duty by a public servant is a form of corruption”. Do you agree with this view? Justify your answer (150 words) (10 marks)

(a) Explain the basic principles of citizens’ charter movement and bring out its importance. (150 words) (10 marks)

(b) There is a view that the official secrets act is an obstacle to the implementation of Rights to Information act. Do you agree with the view? Discuss (150 words) (10 marks)

(b) “Emotional Intelligence is the ability to make your emotions work for you instead of against you.” Do you agree with this view? Discuss. (150 words) (10 marks)

Q6. What do each of the following quotations mean to you?

Q7. You are the heading the rescue operations in a area affected by severe natural calamity, thousands of people are rendered homeless and deprived of food, drinking water and other basic amenities. Rescue work has been disrupted by heavy rainfall and damaged to supply routes. The local people are seeding with anger against the delayed limited rescue operations. When your team reaches the affected area, the people there heckle and even assault some of the team members. One of your team member is even severely injured. Faced with this crisis some team member plead with you to call off the operations freeing threats to their life.

In such trying circumstances, what will be your response? Examine the qualities of a public servant which will be required to manage the situations. (250 words) (20 marks)

Q8. Honesty and uprightness are the hallmarks of a civil servants. Civil servants possessing these qualities are considered as a back bone of any strong organizations. In line of duty, they take various decisions, at time some become bonafide mistakes. As long as such decisions, are not taken intentionally and do not benefit personally, the officer cannot be said to be guilty. Though such decisions may, at times, lead to unforeseen adverse consequences in the long term.

How does this trend affect the functioning of civil services? What measures can be taken to ensure that honest civil servants are not implicated for bonafide mistakes on their part? Justify your answer. (250 words) (20 marks)

Q9. An apparel manufacturing company having large number of women employees was losing sales due to various factors. The company hired a reputed marketing executive, who increased the volume of sales within a short span of time. However, some unconfirmed reports came up regarding his indulgence in sexual harassment at the work place.

After sometime a women employee launched a formal complaint to the management against the marketing executive about sexually harassing her. Faced with the companies’ indifference, in not taking cognizance of her grievances, she lodged an FIR with police.

Realizing the sensitivity and gravity of the situation, the company called the women employee to negotiate. In that she was offered a hefty sum of money to withdraw the complaint and the FIR and also give in writing that the marketing executive is not involved in the case.

Identify the ethical issues involved in this case. What options are available to the women employee? (250 words) (20 marks)

What are the consequences of this ‘politicization of bureaucracy? Discuss.  (250 words) (20 marks)

Q11. In one of the districts of a frontier state, narcotics menace has been rampant. This has results in money laundering, mushrooming of poppy farming, arms smuggling and near stalling of education. The system is on the verge of collapse. The situation has been further worsened by unconfirmed reports that local politicians as well as some senior police officers are providing surreptitious patronage to the drug mafia. At that point of time a woman police officer, known for her skills in handling such situations is appointed as superintendent of police to bring the situation to normalcy.

If you are the same police officer, identify the various dimensions of the crisis. Based on your understanding, suggest measures to deal with the crisis. (250 words) (20 marks)

Q12. In recent times, there has been an increasing concern in India to develop effective civil service ethics, code of conduct, transparency measures, ethics and integrity systems and anti-corruption agencies. In view of this, there is need being felt to focus on three specific areas, which are directly relevant to the problems of internalizing integrity and ethics in the civil services. These are as follows:

1. Anticipating specific threats to ethical standards and integrity in the civil services,

2. Strengthening the ethical competence of civil servant and 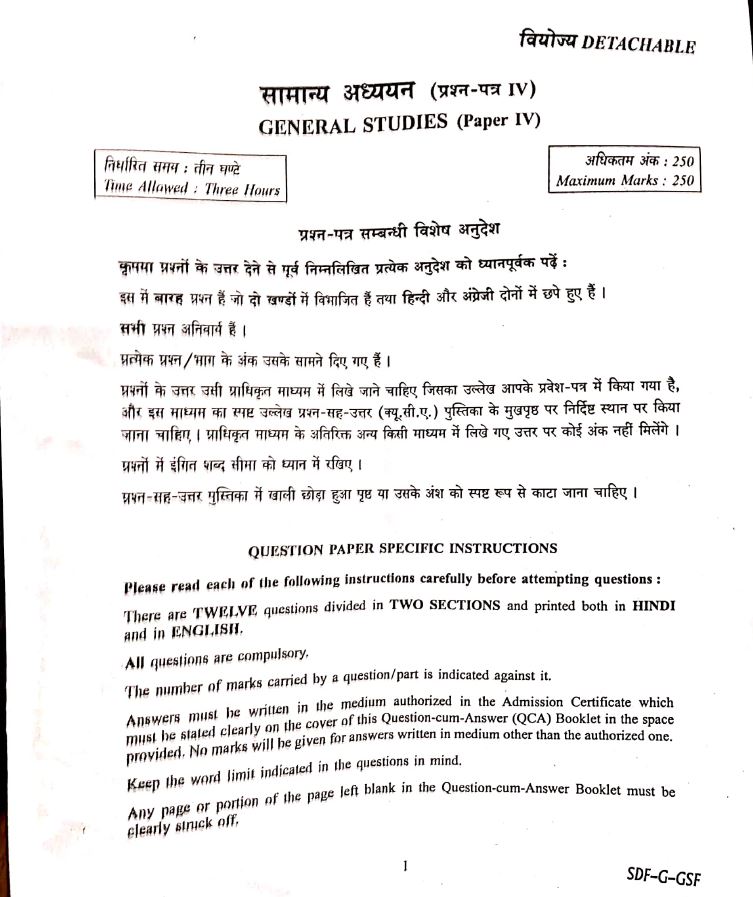 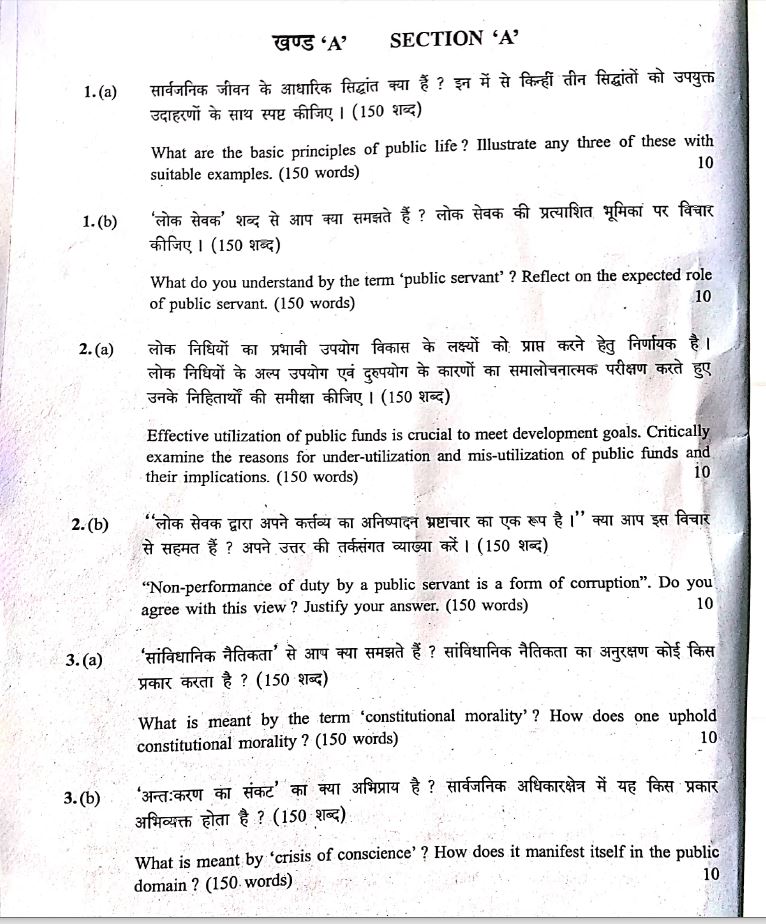 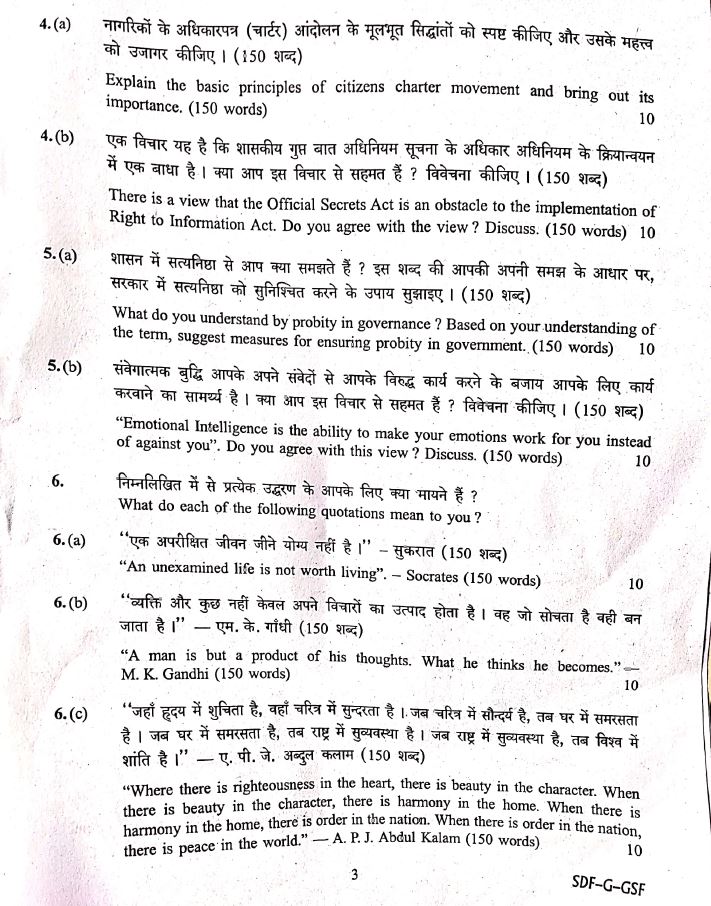 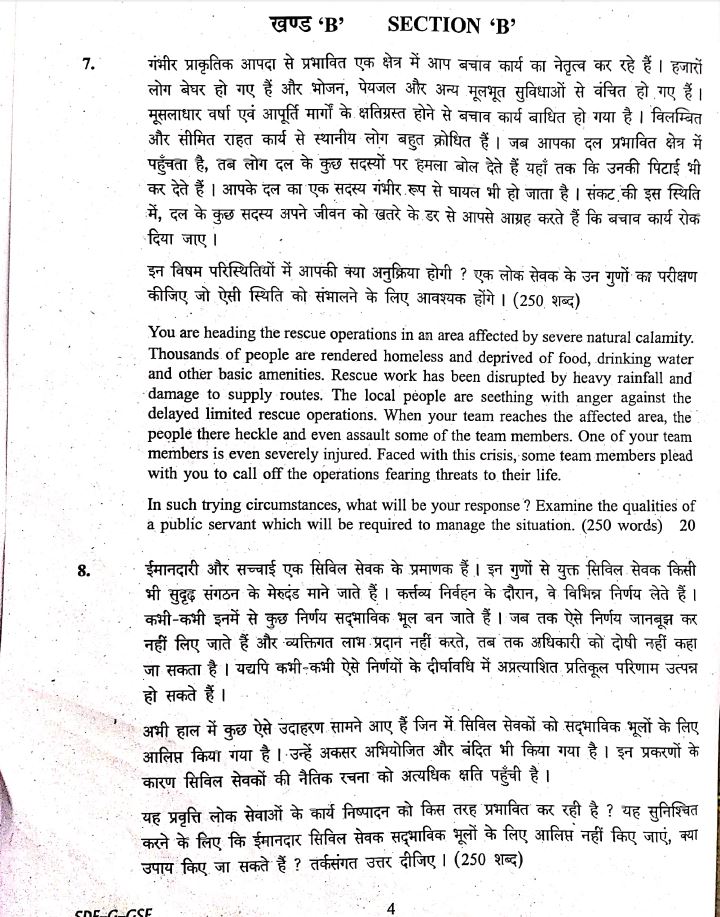 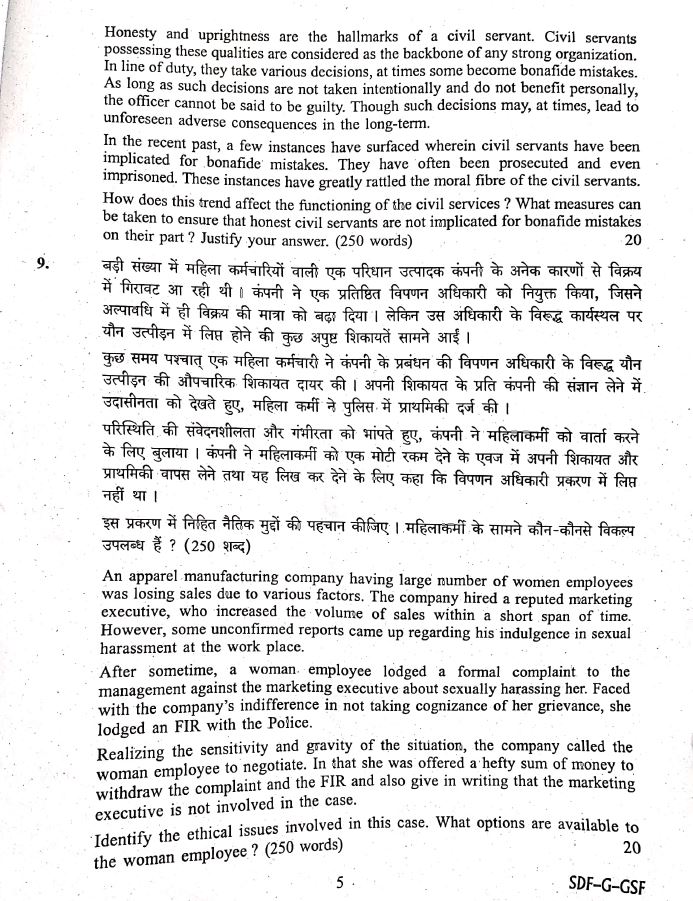 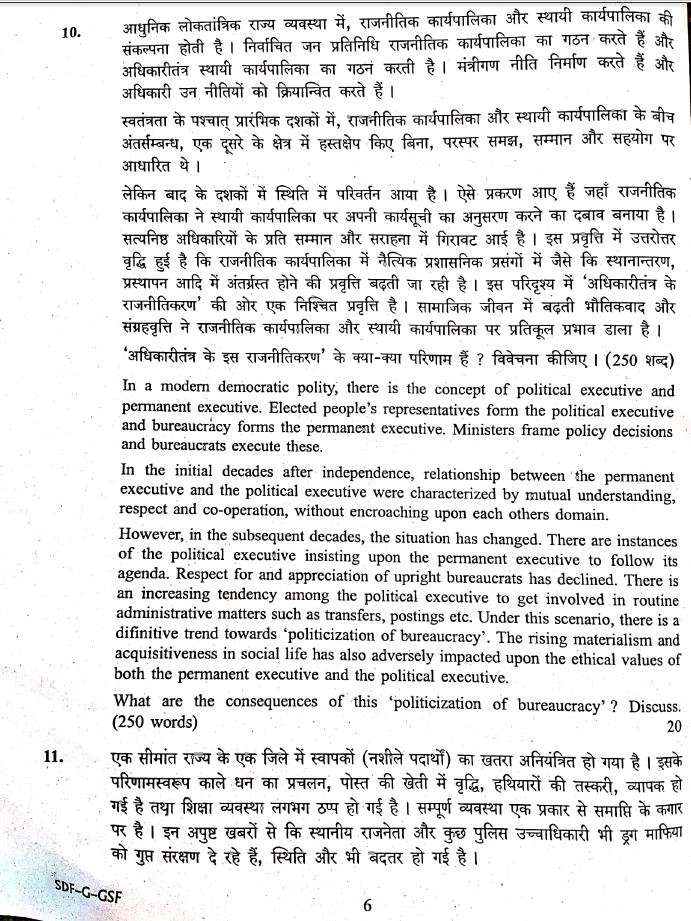 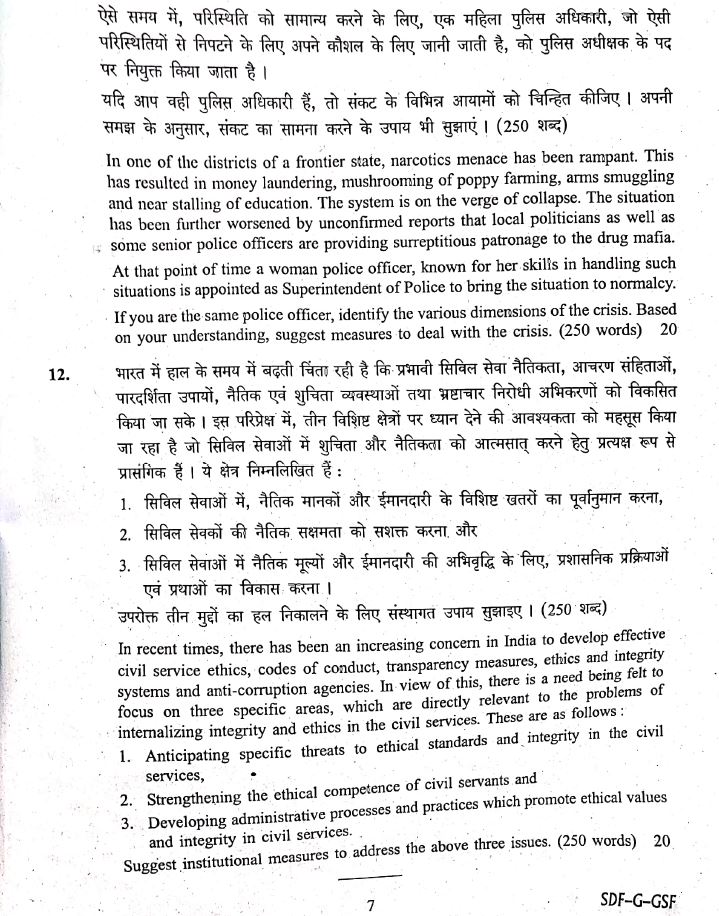