Road Safety: In the area of road safety, the Bill proposes to increase penalties to act as deterrent against traffic violations.  Stricter provisions are being proposed in respect of offences like juvenile driving, drunken driving, driving without licence, dangerous driving, over-speeding, overloading etc.

Vehicle Fitness: The Bill mandates automated fitness testing for vehicles.  This would reduce corruption in the transport department while improving the road worthiness of the vehicle.  Penalty has been provided  for deliberate violation of safety/environmental regulations as well as body builders and spare part suppliers. The Bill also provides for compulsory recall of defective vehicles and power to examine irregularities of vehicle companies.

Recall of Vehicles: The Bill allows the central government to order for recall of motor vehicles if a defect in the vehicle may cause damage to the environment, or the driver, or other road users.

Road Safety Board : The Bill provides for a National Road Safety Board. The Board will advise the central and state governments on all aspects of road safety and traffic management

Protection of Good Samaritan: To help road accident victims, Good Samaritan guidelines have been incorporated in the Bill.  The Bill defines a Good Samaritan as a person who renders emergency medical or non-medical assistance to a victim at the scene of an accident, and provides rules to prevent harassment of such a person.

Cashless Treatment during Golden Hour: The Bill provides for a scheme for cashless treatment of road accident victims during golden hour.

Third Party Insurance : The Bill has included the driver’s attendant in 3rd Party insurance. re will be no cap on liability of insurers. There will be a 10 time increase in insurance compensation, from Rs 50, 000 to Rs 5 lakh.

Taxi aggregators: The Bill defines aggregators as digital intermediaries or market places which can be used by passengers to connect with a driver for transportation purposes (taxi services). The Bill provides guidelines for Aggregators. 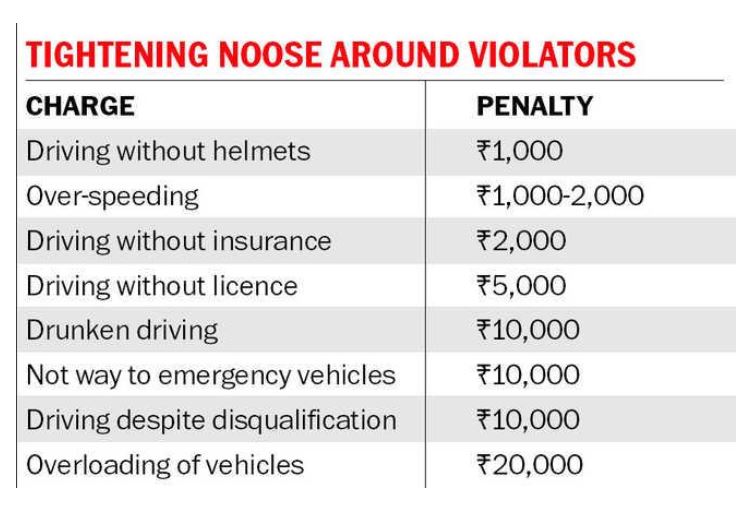 Updates in the National Register of Citizens (NRC) of Assam: To compile a list of the names of genuine Indian citizens residing in Assam and, in the process, detect foreigners (read Bangladeshis) who may have illegally entered the state after March 24, 1971.

Post-independence: Migrations continued after Independence even as Partition solidified national identities. The ethnic, cultural and religious dimensions of the situation demanded sensitive and imaginative solutions from the political class.

Concerns highlighted in the process

Reason (R): Biological invasion of alien species of plants is recognised as the second worst threat to the environment after habitat destruction

Q.2) SUMAN scheme often seen in the news is being implemented by which Ministry?

Going down together: On IMF’s slowdown warning

Do we need a countrywide National Register of Citizens?

In Mamallapuram, seeking the true north in ties

The efficiency promise of the Bankruptcy Code

VERY IMPORTANT UPDATE-ORIENTATION SESSION: IASbaba’s TLP Connect/Plus Mentorship Programme to be held on 12th October (Saturday) @ BENGALURU CENTER -OPEN to All (WILL START FROM 9.45 AM)