Chhattisgarh panchayats to have disabled quota 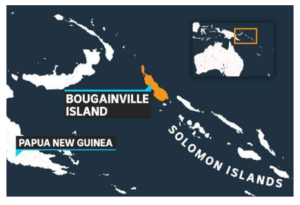 Features of the Labour code of Wages Act, 2019

Merits of the Act

Criticism of the rules proposed under the Act

NRC :The National Register of Citizens (NRC) is a register maintained by the Government of India containing names & certain relevant information for identification of Indian citizens First started in Assam state of India.

Who are illegal migrants?

Migration of people into a country in violation of the immigrationlaws of that country, or the continued residence of people without the legal right to live in that country.

What is the Passport Act?

When was the Foreigners Act made more stringent?

What about the Foreigners (Tribunals) Order?

Why did the IMDT Act fail?

Q.2) Bougainville island often seen in the news is located in which ocean?

Q.5) Which state has approved the nomination of at least one differently abled member to each panchayat (if not elected), making it the first state to have such a policy?

The broken promise of decent and fair wages

For a new breed of public enterprises