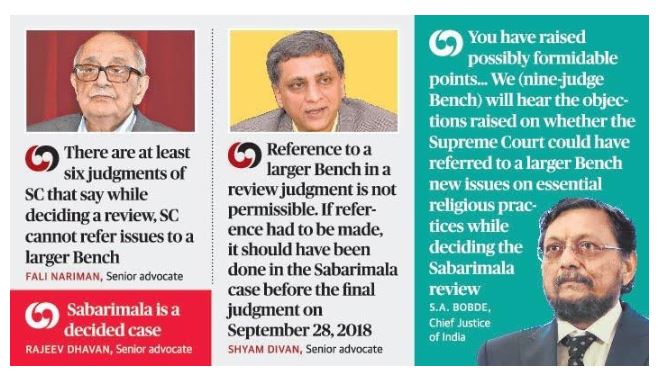 Control over proliferation of varieties etc through standardization, certification and testing.

The signing of Historic Comprehensive Bodo Settlement Agreement (third Bodo Accord in three decades) in Jan 2020 between Government of India (Ministry of Home Affairs), Government of Assam and Bodo representatives. 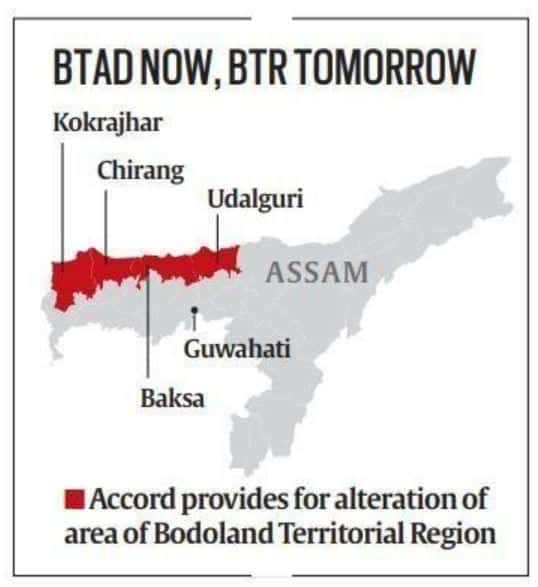 Bodos are the single largest tribal community in Assam, making up over 5-6 per cent of the state’s population. They have controlled large parts of Assam in the past

A timeline of Bodo Conflict

Although the Bodo agitation has a long history that dates back to the pre-Independence era, the movement gained momentum in the late 1980s, when calls were made for the bifurcation the state of Assam.

1929 – Bodo leader Gurudev Kalicharan Brahma submits a memorandum to the Simon Commission asking for reservations in the Legislative assembly, and for a separate political entity for his people. His efforts go in vain

Late 1980s – Calls for a separate state for Bodos – Bodoland – and for Assam to be divided “50-50” are raised. The demand was primarily led through peaceful methods by All Bodo Students Union (ABSU) and its leader Upendranath Brahma

Also during this time armed separatist group – The National Democratic Front of Bodoland is founded (1986).

Why the demand for separate Bodoland?

Progress made by government for resolution of Bodo issue

The Bodoland Autonomous Council (BAC) is constituted after the Centre, the Assam government and the ABSU sign a tripartite agreement.

The BAC was given power over 38 subjects, with a 40-member General Council, including 5 members nominated by the state government, while rest of the seats were reserved for ST.

But, soon a section of Bodo people rejected the accord, and claimed it was “inadequate” to meet the long-cherished political aspirations of the people.

After six years of subversive activities, BLT signed a tripartite agreement with the Centre and Assam government.

The second Bodo accord led to the formation of the Bodoland Territorial Council (BTC) under the provisions of the Sixth Schedule of the Constitution, which had more political power than the BAC A large number of the BLT cadres were absorbed in the CRPF.

The area under the BTC jurisdiction is officially called the Bodoland Territorial Area Districts (BTAD) comprising of 3,082 villages in four districts— Kokrajhar, Chirang, Udalguri and Baska.

However, ABSU continued with its movement of separate Statehood and different factions of NDFB continued to carry out hit-and-run operations, and disturbed peace.

The 2020 agreement has the following provisions:

Implication of the Third Accord

The agreement is hailed as a permanent solution to a conflict, which has taken over 4,000 human lives.

Home Minister stated that Assam’s territorial integrity is assured with this agreement, as every single Bodo group has come on board.

Enhanced focus by Union government on tackling the issues of North-East so as to usher development in the region.

This is reflected in Bru-Reang agreement signed on January 16, 2020 to end the humanitarian crisis in Meghalaya and Tripura, recent surrender of 644 armed cadres in Assam and surrender of 88 armed NLFT cadres in Tripura to bring them to mainstream.

The peace in Bodoland Territorial Region will depend on the evolving relationship between the Bodos, the dominant but not the majority in the BTR and other communities.

It also depends on the final implementation of the accord and the ability of the state to rehabilitate the militants so as to prevent them from taking up anti-social activities.

Q 1. One of the implications of equality in society is the absence of ?

Q2. In the light of the argument in the above passage, which one of the following statements is the most convincing explanation?

Q 3. In India, if a religious sect/community is given the status of a national minority, what special advantages it is entitled to?