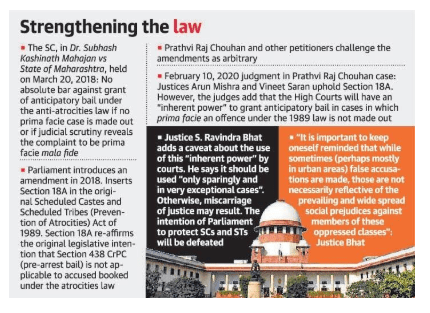 Various forms of atrocities against SC/ST

Caste clashes: Tensions caused between upper castes and Dalits due to the perceived upward mobility of Dalits.

Cow Vigilantism: Dalits and Muslims are at the receiving end of this vigilantism.

Honour Killing: extreme form of Moral Policing. (Fear of losing the caste status which brings them several benefits, people often commit this heinous crime when their son or daughter marry someone from outside their caste)

Article 17 of the constitution prohibits the practice of untouchability.

Article 46 promotes the educational and economic interests of SCs, STs, and other weaker sections of the society and protects them from social injustice and exploitation.

338-A – National Commission for Scheduled Tribes

*Mains perspective will be covered in Mains section