During Trumps’s visit to India, these are prospects of Indo-US deal being finalised in specific sectors including dairy sector (with potential of $100 million).

Market access for US dairy products in India may have adverse impact on domestic dairy sector.

Significance of the dairy sector in India’s overall economic scheme

Reasons behind India’s trade surplus with the US in dairy 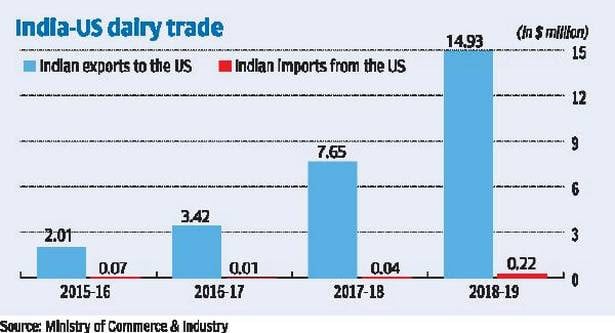 Implications on India due to Trade deal in dairy sector

Thus, it will be prudent on the part of Indian authorities to take adequate precautionary measures in proceeding ahead with the trade pact with the US on dairy products