In News: The global economy that was already struggling to overcome the economic slowdown due to the trade war between US and China has received another jolt in the form of the coronavirus pandemic. The crisis in the economy has been manifested amply in the stock markets which have witnessed deep falls across the board.

The world is officially staring at a recession, economic output in June 2020 quarter is going to shrink, and growth for FY21 will be sharply lower — these will take a toll on corporate earnings as well as stock prices.

The stock and bond markets have entered a period of extreme volatility. IMF has warned that the world faces its worst recession since the Great Depression of the 1930s – but stock markets appear to be fixated on a potential recovery. IMF slashed its growth forecasts dramatically, saying it expects the global economy to shrink by 3% this year, rather than expand by 3.3% as it thought back in January.

Impact of COVID-19 on global stock markets and the economy

What about the ‘less’ risky investments?

What is the situation in China, where the coronavirus first appeared?

Note: China makes up a third of manufacturing globally, and is the world’s largest exporter of goods.

What is the situation in India?

Investor sentiment in India is so low that despite relatively lower cases, Indian market has fared worst among global peers.

However, the RBI has expressed hope that recent monetary and fiscal measures will mitigate the impact of COVID-19 on domestic demand and spur growth once the normalcy is restored. 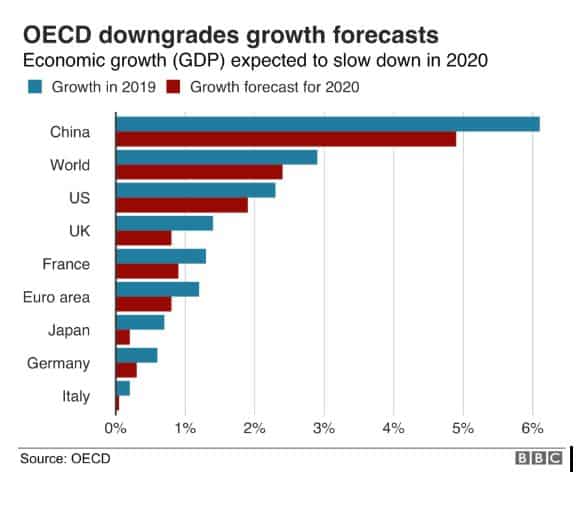 COVID-19 will continue to effect the markets, but we should all collectively remain vigilant as we navigate through this period of uncertainty together.