Increase in the the tiger count in the Sundarbans

Safeguards against chemical disasters in India

Here’s a look at some of these provisions:

Bhopal Gas Leak (Processing of Claims) Act, 1985: Gives powers to the central government to secure the claims arising out of or connected with the Bhopal gas tragedy.

The Environment Protection Act, 1986: Gives powers to the central government to undertake measures for improving the environment and set standards and inspect industrial units.

The Public Liability Insurance Act, 1991: It is an insurance meant to provide relief to persons affected by accidents that occur while handling hazardous substances.

National Green Tribunal Act, 2010: Provides for the establishment of a Tribunal for disposal of cases related to environmental protection and conservation of forests. 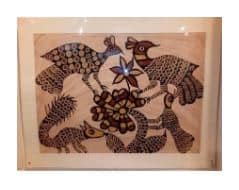 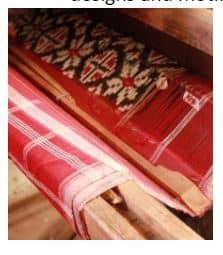 Changes to Labour laws bane for the most vulnerable

The editorial throws light on the following points:

Which states have changed labour laws?

What steps can be taken to protect the labourers?

There is a need for comprehensive labour laws reforms, so that Indian industries grow sustainably.

Then only firms will be able to expand and interests of labourers will also be intact.

Some state governments have recently decided to relax the application of labour laws in order to restart economic activity stalled by the coronavirus pandemic.

However, such a move, even if it delivers results in the short-term, is myopic and grossly unconstitutional in nature.

All the above principles and laws eventually found their way into the Indian Constitution in the form of “Directive Principles of State Policy” and “fundamental rights.” (Example, Article 23 – guarantees right against forced labour.)

India’s labour law structure has been criticised on multiple counts.

All these problems calls for a debate on the future of labour rights, especially in a world where the nature of work is changing rapidly.

This debate can be guided by B.R. Ambedkar’s insights that remain relevant even today, the Constitutional guarantee against forced labour.

However, the recent decisions by several state governments are grossly unconstitutional as the economic power exercised by capital will be left unchecked.

An increase in working hours and a removal of minimum wages are two proposals strongly under discussion.

This would be nothing other than the freedom to “increase hours of work and reduce rates of wages”.

According to Ambedkar’s words, the Constitution provides for equal freedom and that must be the yardstick from which the proposed legal changes in the shadow of COVID-19 should be measured.

Q.3 With regards to the safeguards against chemical disasters in India, consider the following:

Q.5 With regard to GI tag, consider the following statements:

About India and Italy’s relationship

Catharsis -Unlock Your Talent & Creativity: WRITE UP by VIKAS SHARMA