In News: Some “progress” is being made in coming to an understanding between the government and NSCN-IM in the latest round of informal Naga peace talks, media outlets have reported. These, however, are informal talks, and official deliberations – with the government – will follow after this round. According to media reports, officials of the Intelligence Bureau have been engaging with the NSCN-IM after relations between R N Ravi, the Centre’s interlocutor for the peace talks and also the Nagaland Governor, and leaders of NSCN-IM soured last year and the talks ended in a stalemate. 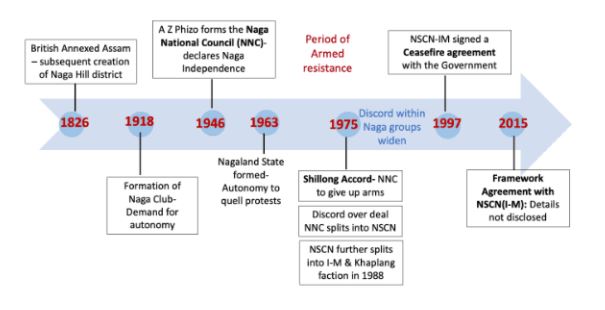 What has happened in the years post signing the agreement?

What are the present grievances of NSCN-IM?

A. Interpretation of Agreement

The Nagas & the Indian Union