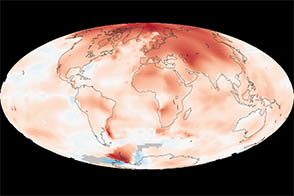 Property Cards to be distributed under SVAMITVA scheme

Click here for Part I (containing elaborate provisions of the Bill)

The ART Bill has shifted to an altruistic model of gamete donation and fails to respond to the needs of the 27 million infertile Indian couples.

Critical Analysis of the provisions of Bill

The Bill raises several constitutional, medico-legal, ethical and regulatory concerns, affecting millions and must be thoroughly reviewed before passage.

Context: From being the neglected and stigmatised domain of health care, mental health has gained significance in the wake of the socio-economic upheaval caused by Covid-19.

What are the myths associated with Mental Health Problems?

What are the issues associated with mental health care services?

What Strategy should be used to increase Mental Health Human resources?

Q.1 SVAMITVA scheme is associated with which of the following?

Q.2 World Food Programme recently won Nobel Peace Prize for 2020 for its efforts to combat hunger. Consider the following statements regarding it:

Q.3 Arctic Amplification could be due to which of the following factors?

About impending US elections: