1. What do you understand by multi-level planning? What are its benefits? How has it evolved in India? Discuss.

As the directive is discuss, a candidate is expected to discuss various perspectives and present a logical argument. For introduction, candidate can adopt an approach where he/she defines the multi-level planning and then in brief explains how it is beneficial. In main body part, candidate has to write in detail on multi-level planning and its benefits. In the later part of body candidate has to explain how it is evolved in India besides explaining its benefits and drawbacks with respect to India and in general, along with it a way forward while explaining how it can be utilised more efficiently for betterment of India.

Multi-level Planning (MLP) opposed to centralized planning is an exercise where local institutions are actively involved not only at the implementation level but MLP is a more integrative effort that seeks to involve all hierarchies of administrative, geographical, political and regional levels in the planning process. It is more beneficial than centralised planning as it ensures people’s active participation, cost effectiveness, checks corruption, maintains regional parties and balances etc.

It seeks to ensure the active participation of the lower hierarchical levels in information generation, data collection, policy suggestions, plan implementation & monitoring of all developmental activities. With respect to India, various levels of planning in India are as follows: at National level, at State level, at district level, at Block level and at village level. 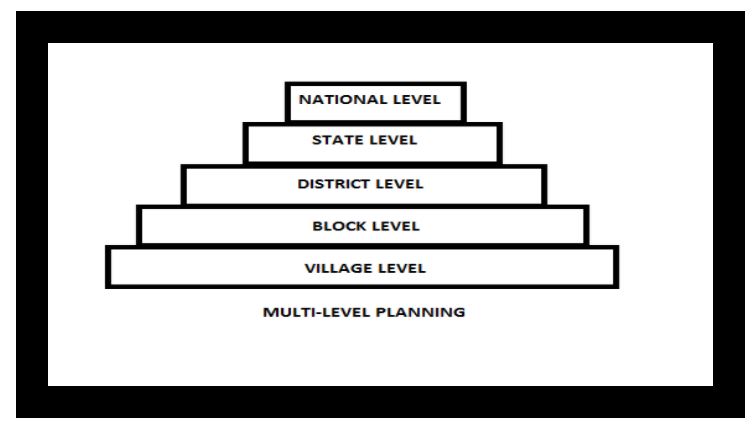 Evolution of Multi-level planning in India:

In this way evolution of multi-level planning in India took place. However, it has some drawbacks which needs to be addressed.

In determining appropriate area levels, there is a need to take into account not only planning requirements in terms of techniques and processes but also social, political and administrative structures. There is a need to introduce Constitutional provisions to ensure continuity and authenticity to such arrangements, particularly in regard to elections for bodies at sub-state levels which will help us to realise Gandhiji’s dream of ‘Swaraj’ in true sense.

Approach:  One needs to explain about e-governance or facts (e-governance) in the Introduction. In body, objective of e-governance initiatives in empowering Panchayat Raj Institution. (Student needs to mention the examples as well).

Illustrate: Such an answer will generally involve the use of many examples, such as tables, figures, graphs, or concrete research statistics and evidence. The aim is to use these examples to demonstrate knowledge of the subject of the question and to further explain or clarify your answer).

E-Governance is the application of Information Technology to improve the ability of the government to address the needs of society. It includes the publishing of policy and program-related information to transact with citizens, integration of various stand-alone systems between government to citizen (G2C), government-to-business (G2B), and government-to-government (G2G). It extends beyond the provision of online services and covers the use of IT for strategic planning and reaching the development goals of the government.

(Note: One can also explain about e-governance providing facts (ranking or performance of PRIs pre-digitalization or post-digitalization))

National e-Governance Plan was launched with the objective “Make all Public Services accessible to the common man in his locality, through common service delivery outlets and ensure efficiency, transparency and reliability of such services at affordable costs to realize the basic needs of the common man”.

(To reduce the word limit, students can use the block diagram) 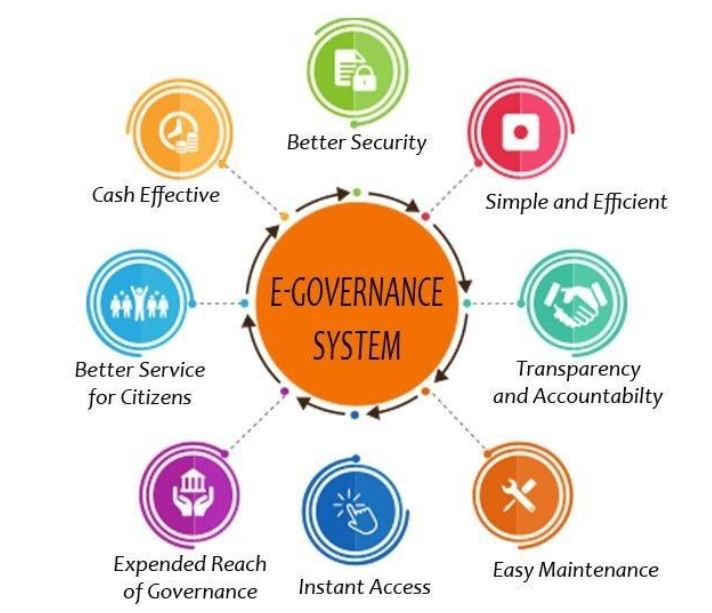 Some of the e-governance initiatives which help to bring governance in PRI mentioned below:

The effective decentralization lies in its contribution towards people’s empowerment by way of providing them a significant role in decision-making and in the entire process of governance. Implementing ICT in the governance will helps to achieve political democracy.

3. What are the merits of Indian federalism? With the help of suitable examples, explain the ways in which India’s federal polity has shaped governance.

It expects students to write about merits of Indian federalism in the first part. In the second half write about ways in which India’s federal polity has shaped governance with the help of examples.

The term federalism refers to the constitutionally allocated distribution of powers between two or more levels of government in the modern nation-state system. In the words of Granville Austin Indian federalism is cooperative federalism, which is exemplified by innovations like interstate council, GST council and NITI Aayog.

The most salient aspect of a federal form of government is that the governments at both the national and the state level function in their respective jurisdictions with considerable independence from one another.

Nations are described as federal or unitary, depending on the way in which governance is organized. Governance is nothing but process of decision making and implementation.

However, there is need to bring some reforms to improve federal governance in India like the contentious role of the governor in suppressing the states for the Centre’s interest needs to be reviewed, proper utilization of the institutional mechanism of the Inter-state Council must be ensured to develop political goodwill between the Centre and the states on contentious policy issues and the gradual widening of the fiscal capacity of the states has to be legally guaranteed

In culturally diverse, developing countries like India; federalism is chosen not merely for administrative requirements but for the very survival of the nation. Strong federalism and good governance are necessary to achieve Sustainable Development Goal 16 as it is dedicated to improvement in governance, inclusion, participation, rights, and security.

It expects students to write – in first part about present challenges faced by Indian education system – in second part write how different provisions of NEP addressed present and future challenges while focusing equity and critical learning. In end write 1-2 points about few lacunas.

The Union Cabinet approved the National Education Policy (NEP) in July 2020. This policy will usher in sweeping changes to the education policy of the country, including a renaming of the Ministry of Human Resource Development as the Education Ministry. The NEP 2020 aims at making “India a global knowledge superpower”.

NEP 2020 addressed present and future challenges by focusing on equity and critical learning as follows:

However, mobilising funds could be difficult because of the resource crunch, low tax-to-GDP ratio, kick-starting the economy, strife with neighbours and competing development requirements. The policy’s success will also hinge on its integration with the government’s other polices — the New Industrial Policy, Digital India, Skill India, Atmanirbhar Bharat and the “vocal for local” programme.

NEP 2020 present wide-ranging reforms in the policy are aimed at making the Indian education system more contemporary and skill-oriented. Proper implementation of the reforms and ideas envisioned in the NEP 2020 will fundamentally transform India.

With the emphasis on knowledge-economy driven growth in the 21st century, this is precisely what India needs to dominate in the future decades of growth and drive the education requirements of our young population.

As the directive is comment, it is important to pick out the main points and give one’s opinion based on the information or the arguments originated from the reading. One should take a neutral ground and write facts and viewpoints. Introduction for this question may start with explanation of what is quad, what are subsequent developments and what is the main focus of this group.

The Quad, or the quadrilateral security dialogue between India, US, Japan and Australia, is now emblematic of the geopolitical churn in the eastern hemisphere. Less noted but equally significant is its geo-economic agenda that has drawn South Korea, Vietnam and New Zealand into the post-pandemic consultations in the so-called “Quad Plus” format. In both the domains, China is the natural focus.

The policy discourse is about blunting Beijing’s ambition to exercise regional hegemony and preventing it from bending the global economic order in China’s favour.

China has been the chief beneficiary of the globalisation of the world economy which began accelerating since the end of the Cold War in the early 1990s.

Hence, Quad shows a great potential to check China’s ambitions be it in the Indo-Pacific region and beyond. However, global community is of the opinion that China’s rise cannot be halted but can only be countered with an equally strong economic and security-oriented organisation and the Quad fits the setting. However, some of the following challenges persists in-front of QUAD grouping.

The challenge before the quad grouping lies in finding areas of mutual interest. However, Japanese PM Shinzo Abe’s “Confluence of Two Seas” address to the Indian Parliament gave a fresh impetus to the Quad concept. Which recognises the economic rise of India at par with the developed nations in the west. Hence, QUAD holds the potential to reform China-centred economic globalisation besides ensuring a multi-polar world.