Context: In a staggering collapse of part of a glacier in Uttarakhand’s Nanda Devi mountain and the ensuing floods many lives have been lost. 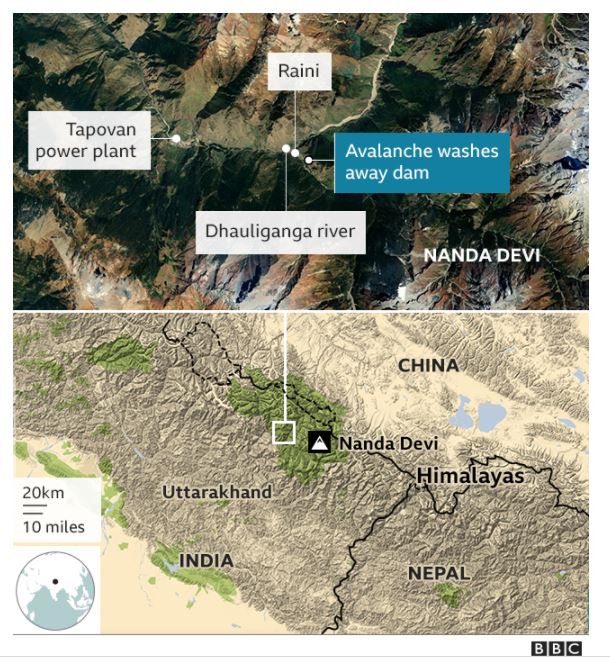 What caused the flood?

Critical Analysis of the Uttarakhand Tragedy