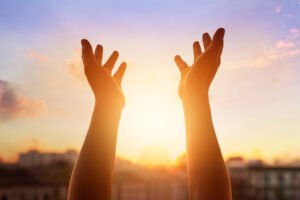 Success is as much about succeeding as it is about accepting failure. There is no real success without developing the necessary grace to accept failure. As philosophical as this may sound, life is a teacher that teaches not through success, but through failure. We learn more in moments of failure than in moments of success. This invaluable learning that comes from life will be entirely missed if we do not know how to accept failure.

Let us try and define failure. There are two ways of looking at failure; one from your individual personal perspective, and the other from the perspective of the people around you. When you fail in the eyes of people, it is a failure you can eventually accept and move on. But, when you fail in your own eyes, when you accept yourself as a failure, then there cannot be a bigger tragedy than that.

Accepting failure is not only a sign of humility, but also a sign of intelligence. When we fully realize that life is more about failing than succeeding, it makes more sense to accept failure than to fight with it. Accepting failure is not about giving up, but about valuing common sense over emotions. It is very easy to get stuck in an emotional loop and keep trying even when the odds of success are slim to none. Knowing when to move on to the next step, knowing when to let go, knowing when to accept failure is probably more important than succeeding.