The concept of ‘good governance’

While Governance is the dynamic exercise of management power and policy, Good governance is concerned with the manner in which power is exercised in the management of a country’s economic and social resources for development.

The concept is related to the responsibility of governments and governing bodies to meet the needs of the masses. The central focus is to see how the government enables, simplifies and authorises its people, regardless of differences of caste, creed, class, and political ideology and take certain decisions which will be in their best interest. It aims to promote and sustain holistic and integrated human development. 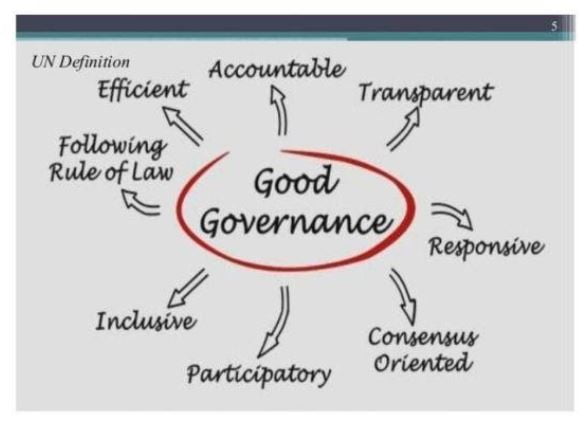 Transparency and accountability in administration are sine qua non of participatory democracy. Government secrecy fosters disbelief of government on the part of the citizenry and transparency eliminates the wall of secrecy built against the common people by those holding power. Accountability goes beyond the mere responsibility of delivery of a task or service. It also means answerability if a service is not delivered in a timely and efficient manner such that it becomes a burden.

Few challenges that are faced in accomplishment of good governance are weak institutions, lack of participation and democratisation, lack of social capital, corruption and other. It is essential to address these challenges to achieve good governance that plays a paramount role in the transformation of predatory state to welfare state.

Accountability is the complementary function of Transparency. Further, if the system of governance is transparent enough it would promote accountability, transparency and accountability are linked vis-a-vis its mission of an organization where the main objective of achieving public welfare needs to be prioritised.