Context: India’s Gross Domestic Product (GDP) contracted by 7.3% in 2020-21. Between the early 1990s until the pandemic hit the country, India grew at an average of around 7% every year.

There are two ways to view this contraction in GDP.

Perhaps the best way to arrive at such a conclusion is to look at the so-called fundamentals of the economy. 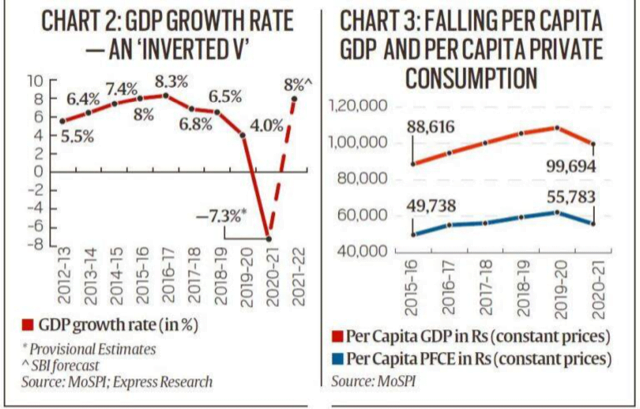 What’s the outlook on growth?