Context: Amidst the ongoing farmers’ protests are also questions that are being raised on the sustainability of paddy-wheat cultivation, especially in Punjab. 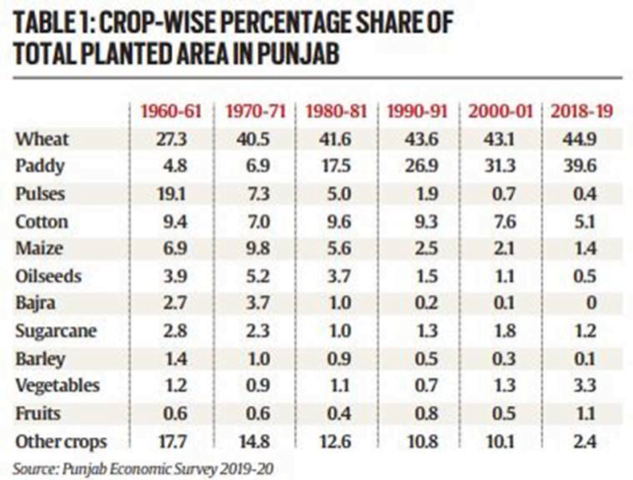 What is the extent of paddy-wheat monoculture in Punjab?

Why is monoculture such a problem?

So, it is basically paddy that needs fixing?

Yes, there are two reasons for it.

Has the Punjab government done anything to address this?

Has there been any way to avoid this trade-off?