The Raisina Dialogue is India’s premier conference on geopolitics and geoeconomics committed to addressing the most challenging issues facing the global community.

The Raisina Dialogue 2022 will be modelled along six thematic pillars:

Part of: Prelims and GS II – Government schemes and policies

Context: Pushing for ‘Aatmanirbhar Bharat’ (self-reliant India), the Ministry of Defence has signed more than 180 contracts with the Indian industry between June 2014 and December 2019, worth approximately $25.8 billion, under the ‘Make in India’ scheme. The Ministry of Defence has set a target of achieving a turnover of Rs 1.75 lakh crore in aerospace and defence goods and services by 2024, including exports of Rs 35,000 crore.

Under the ‘Make in India’ scheme, Centre has notified three lists of projects —

The key projects under this scheme include

Why the recent push for Make in India?

Context: The Russian invasion of Ukraine seems to have brought to the forefront some other disputes that Russia has with the West’s allies. 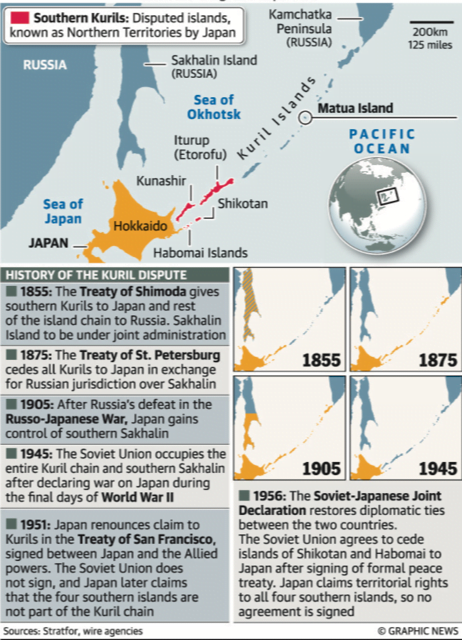 What are the Kuril Islands/ Northern Territories?

What lies behind the dispute?

Have there been attempts at resolution?

How are phones tapped in India?

Who all can tap phones in India?

What are the laws that govern tapping phones in India?

What are the checks to prevent misuse?

On India, Europe and Russian complication: