Context: Chief Justice of India (CJI) recently said there was an immediate need for the creation of an independent umbrella institution, so as to bring various central agencies like the Central Bureau of Investigation (CBI), Enforcement Directorate (ED) and the Serious Fraud Investigation Office (SFIO) under one roof.

Context: As a record number of 4.92 lakh Olive Ridley turtles have crawled to the Rushikulya coast in Odisha, scientists have tagged more than 6,000 turtles to gather more information about their breeding behaviour and migration.

BIMSTEC after the Colombo summit

Context: The fifth summit of the regional grouping, the Bay of Bengal Initiative for Multi-Sectoral Technical and Economic Cooperation (BIMSTEC) was held virtually in Colombo on March 30.

What were the key Highlights of the Summit?

Withdrawal of AFSPA from major parts of North East 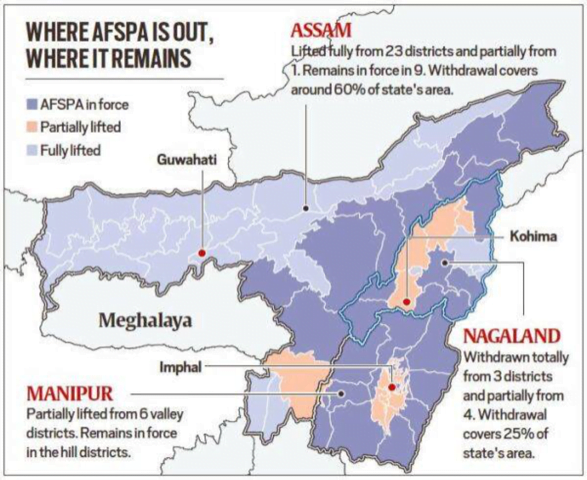 Why is the recent decision significant?

After being in force for many years, why has AFSPA been withdrawn now?

Q.1 Enforcement Directorate (ED) comes under which of the following Ministry of India?

Q.2 ‘Talli-Bidda’ Express, recently flagged off by Andhra Pradesh Chief Minister is associated with which of the following?

Q.3 What is the IUCN status of Olive Ridley turtle?

On building faith in investigative agencies: