Context:  Russian energy company Gazprom has stopped gas supplies to Bulgaria and Poland citing their failure to pay in roubles.

How will the stoppage of gas supplies affect Poland and Bulgaria?

Why has Russia targeted Poland and Bulgaria with this move?

Will other countries be hit with similar stoppages?

How have the EU, Poland, and Bulgaria reacted to the gas supply suspension?

What could happen if Russia shuts gas supplies to more countries? 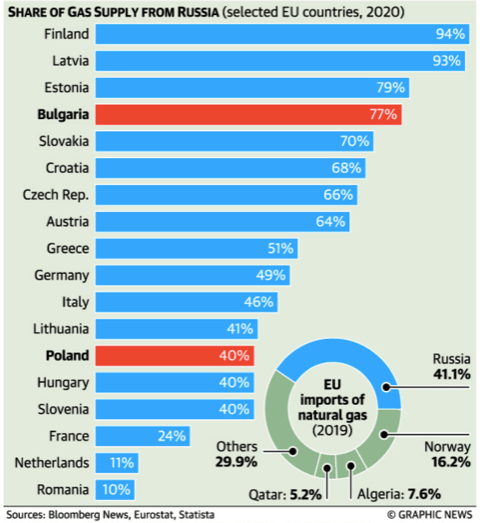 What has been the EU’s strategy to reduce dependence on Russian gas?

Will it be feasible for Europe to transition from Russian natural gas to LNG?

How will the gas suspension impact Russia?